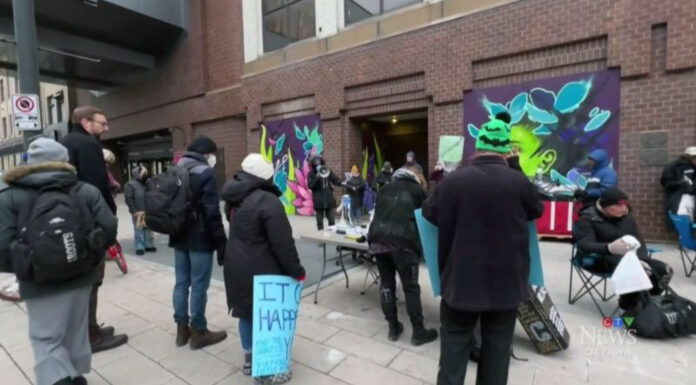 Ottawa, November 23: A group of homeless residents held a protest on Rideau Street on Tuesday, calling on the city to housing options after they say police removed their encampment and belongings from a busy downtown street outside the capital’s biggest mall.

Along Rideau Street, in front of CF Rideau Centre, there is a large metal grate on the sidewalk. It blows warm air, and some days it’s the only break from the cold for Rob. 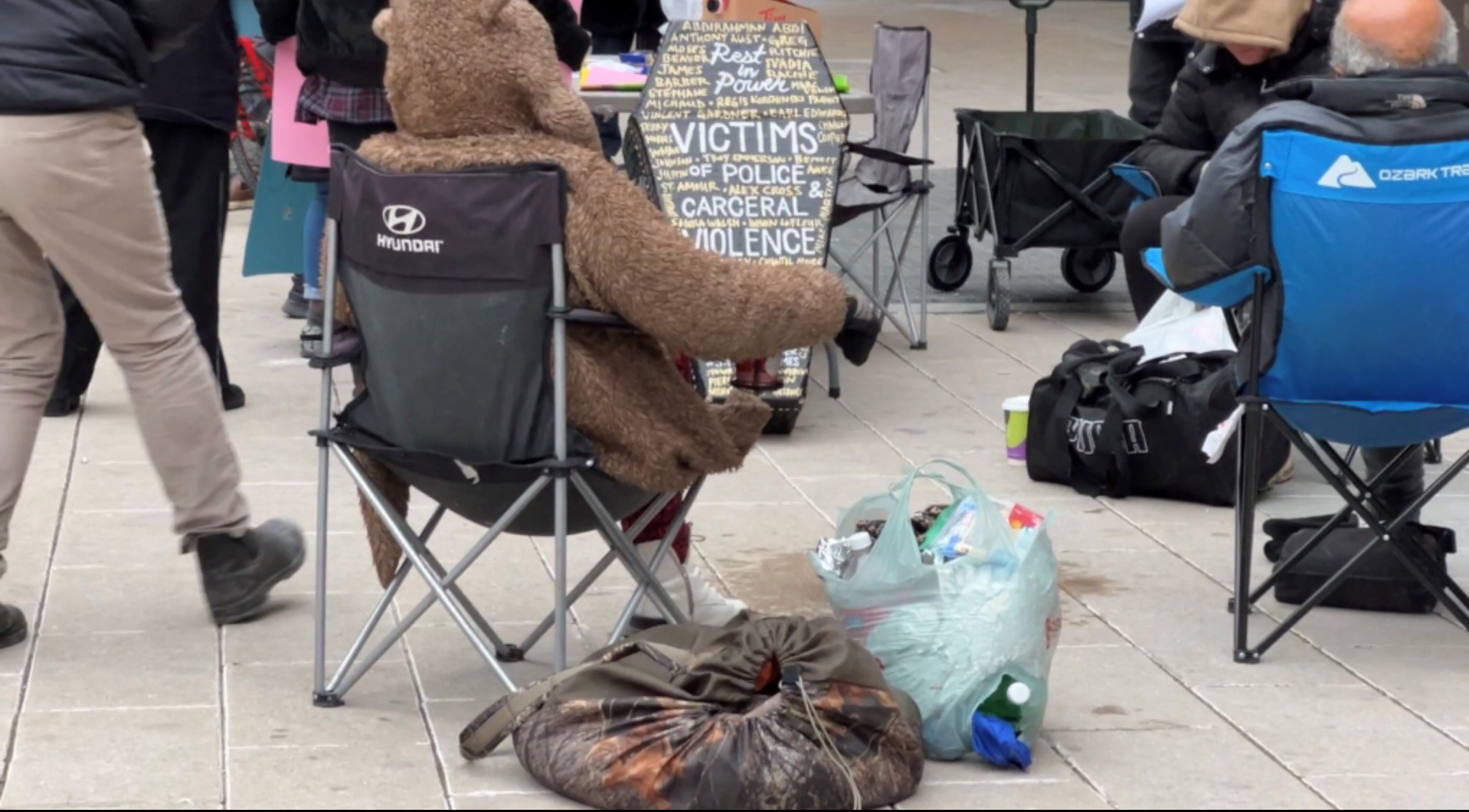 Rob has been homeless for 15 years, and sometime sleeps on this grate. Others do too, and some of them set up tents along Rideau Street.

Julie, who also lives on the streets of Ottawa, says it called, ‘Hope encampment’. She’s been staying on this grate for months and says it’s because she does not feel safe in shelters.

“I would rather live on the streets,” she says, adding many others here feel it’s their only choice.

The encampment is steps from Parliament, close to the William Street LRT station, as well as area shops and restaurants. Julie says on Sunday, police removed the encampment and also threw out some of their belongings.

“The police guys said’Get out of here guys,’ and then they started to take of our things and put it in the garbage and everything,” says Julie. “All my clothes, all my personal stuff, is gone.”

The Ottawa Police Service says they have been on site to ensure the safety and wellbeing of those present and have involved city services and outreach organizations. But living on Rideau Street is not allowed.

On Tuesday, a group of about two dozen homeless residents gathered out front of the encampment site to protest on behalf of the city’s most vulnerable. They said there are few options when it comes to a place to live amid an affordable housing shortage.

Earlier this week, the federal government earmarked $90 million to build hundreds of affordable homes in Ottawa. Although it’s progress, for people like Julie and Rob, it will not solve their problem now.

“Give us housing. Give us a place to live and get us out of the damn street,” says Julie. “Until that happens, I’m staying right here and fighting for my rights.”