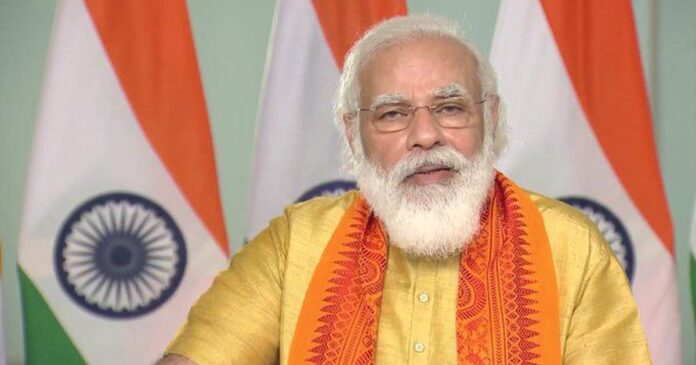 “Leading global bodies project that world demand will contract for the next few years. But these agencies project India as a leading consumer,” pointed out the Prime Minister while speaking in virtual format at the Fifth India Energy Forum.

Other top participants are Dan Brouillette and Abdulaziz bin Salman Al Saud, Energy Ministers of the US and Saudi Arabia, respectively, both of whom hope to benefit from India’s increased energy consumption.

Washington has prioritised selling energy and weapons systems to India with energy related trade touching $ 8 billion last year. The subject will be on the table during the Indo-US two plus two talks on Tuesday, the US State Department has said. Saudi Arabia has traditionally been India’s biggest source of crude.

PM Modi’s invitation to invest comes at a time when India may see total investments of over $ 200 billion in the sector. This includes $ 70 billion in gas infrastructure alone with US and European oil majors such as Total, Exxon Mobil, and Shell showing interest. In exploration and production, another $ 60 billion is envisaged. Plans to grow oil refining capacity to 450 million tonnes by 2025 from 250 million tonnes should see investment of $ 80 billion in the downstream segment.

“Our energy sector will be growth-centric, investor friendly and environment conscious. Access to energy should be affordable and reliable,” said the Prime Minister.

Lauding the country’s efforts in energy conservation, PM Modi said, “In the last six years, over 1.1 crore smart LED street lights were installed. This has enabled an estimated energy saving of 6 crore units per year. The estimated greenhouse gas emission reduction with this programme is over 4.5 crore tonnes of CO2 annually.”

He also said India will always work keeping in mind global good. “We are well on track to meet the commitment we made to the global community.”

OPEC Secretary General Mohammad Barkindo assured that his organisation is in agreement with the global consensus for the decarbonisation of the entire energy system by using technology and appropriate policies and decisions of governments and corporate organisations.

Minister of Petroleum and Natural Gas Dharmendra Pradhan said India was focused on filling its strategic reserves and wanted partnerships to expand the storage capacity to 22 days of crude oil imports. The interest by Abdulaziz and Brouillette in the event, he claimed, was reflective of the growing strategic partnership with the US and Saudi Arabia. The Ministers said India was planning to develop energy corridors with neighbours and beyond.