Pierre Poilievre blames Trudeau, says ‘Everything is broken in this country’ 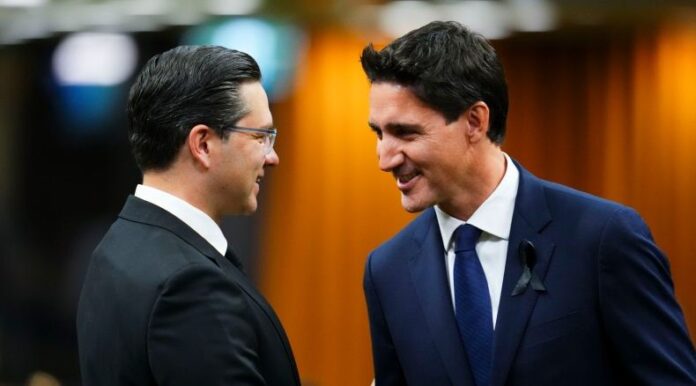 Ottawa, November 9: Conservative Leader Pierre Poilievre says everything feels broken in Canada, and he’s placing the blame for this on Prime Minister Justin Trudeau and the Liberals, pitching a Conservative government as the solution.

“It feels like everything is broken in this country right now,” Poilievre said, going on to repeat what have become his main lines of criticism in the House of Commons. “Whether it is the 40-year high inflation that Justin Trudeau has caused through his inflationary deficits and taxes, whether it’s the 35-year-olds living in their parents’ basements because house prices have doubled… Whether it is the nearly 100 per cent increase in fuel prices, or the projected doubling of home heating bills that is about to hit families as the winter is upon us.” 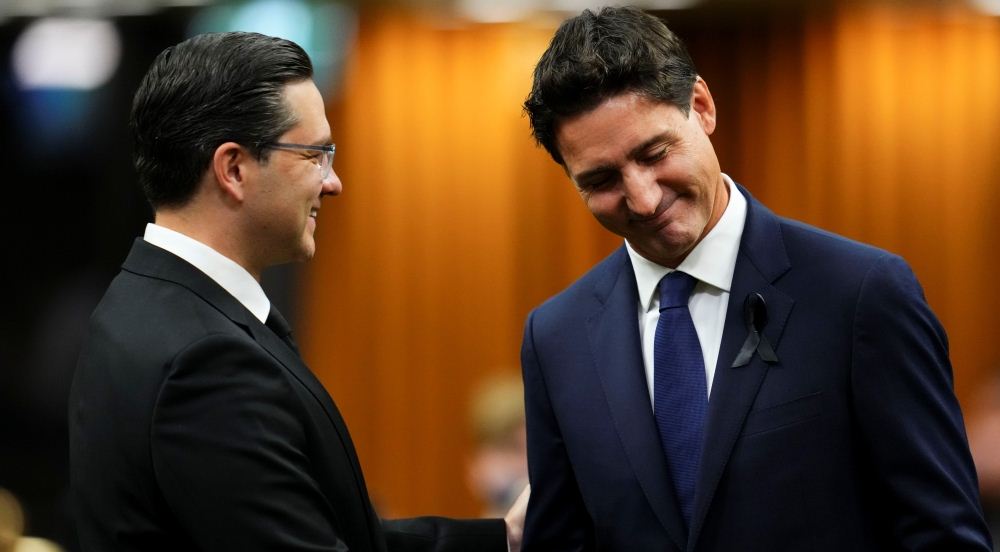 Poilievre made these remarks during a rare media availability he held inside a Vancouver supermarket on Wednesday, pointing as well to the rising cost of food as another example of what he views as the federal government’s shortcomings.

“It’s time for us to take back control of our lives in this country, to fix what is broken, and that’s what a Poilievre government would do,” he said.

The appearance was one of only a few times Poilievre has taken reporters’ questions since he was elected as the official Opposition leader on Sept. 10, continuing the approach he had during the leadership race, to largely use social media to get his message out. Asked about the amount of questions he’s taken since taking on the top Conservative job, Poilievre defended his media strategy, saying he’s spoken to journalists across the country.

“I think that part of the problem is that, you know, we’re all too obsessed with Parliament Hill. We need to be out in the real world, to talk to real people on the ground, everyday people who are living their lives under the terrible policies of Justin Trudeau, who can’t pay their bills, who see crime going wild on our streets, who can’t get children’s medicine in their local pharmacies,” Poilievre said. “These are the stories of everyday Canadians. These are the stories that I want to share. These are the problems that I want to solve.”

In the press conference, Poilievre also spoke about federal-provincial jurisdictional tensions, his concerns regarding foreign interference in Canadian elections, and said he stands by his support for the “peaceful, law-abiding” protesters that were part of the “Freedom Convoy” amid the mountain of testimony and evidence being heard at the Public Order Emergency Commission.