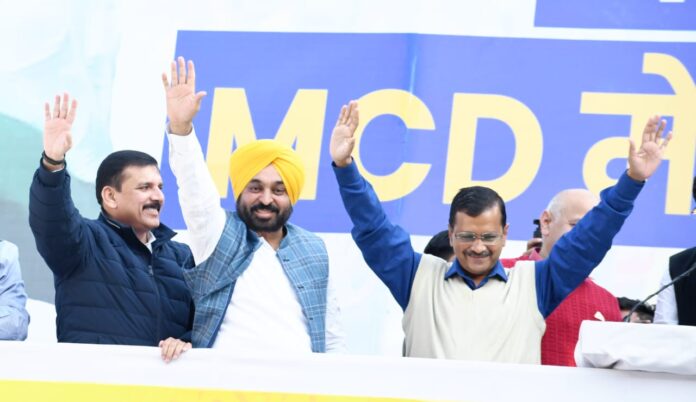 After registering a historic victory in the Municipal Corporation of Delhi (MCD) elections, Chief Minister Bhagwant Mann said on Wednesday said that politicians have lost and the people have won after 15 long years.

Addressing a mammoth gathering of workers, Mann said that AAP supremo Arvind Kejriwal had asked for a chance to fix MCD. “Today you have given us MCD, so this is your victory, this is the victory of the people. You have defeated the leaders. We will bring reform in MCD. ”

He said that after 15 years, people won and leaders lost in Delhi MC polls. In Gujarat too, there will be a miracle tomorrow. Delhi is the heart of the country and the Aam Aadmi Party has won both Delhi and the heart today.

“By tomorrow evening, you will see the results of the Gujarat elections as well and it will be surprising, ” Mann said adding, “We don’t make fake promises but give guarantees. We don’t make bogus promises like depositing Rs 15 lakh in bank accounts. Whatever we say, we deliver it to people.”