New Delhi, November 23: Commissioner of Railway Safety, Northern Circle, Shailesh Kumar Pathak, who conducted an inquiry into the Amritsar train accident, today submitted his “preliminary report” to the government in which he has concluded that negligence of persons, who were “standing on and near” the railway tracks while witnessing Dasehra Mela at Dhobi Ghat, was the reason for the unfortunate incident. 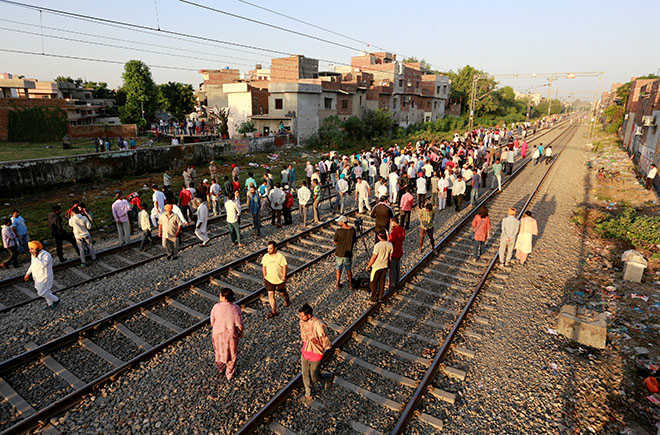 In a statement Indian Railways said, “According to the provisional findings of the Commissioner appended with his preliminary report, the accident occurred due to error in working by public near railway line and these findings are under the consideration of the government.”

In the report, the commissioner has also recommended that prior intimation to Railway administration should be given by the district administration/organisers to hold big events like mela/rally so that the national transport monolith could take proper precautions in consultation with stakeholders.

Sixty people lost their lives and several were injured when a speeding train ran over the crowd that had gathered to witness the Ravan Dahan event on Dasehra on October 19 evening. Over 300 people were watching the event when the train from Jalandhar to Amritsar ran over the crowd near Joda Phatak. The crowd had spilled on to the railway track by the time the firecrackers went off. The crowd could not hear the siren of the approaching train due to the deafening sound of the firecrackers.