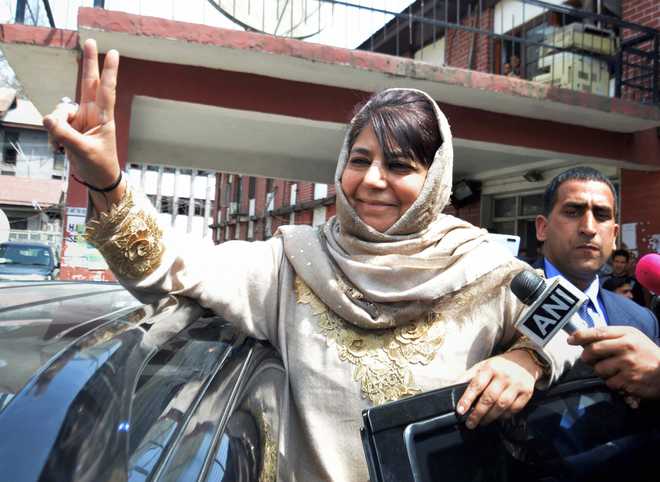 PDP president and former chief minister of Jammu and Kashmir Mehbooba Mufti is being released after being in preventive detention for more than 14 months following the abrogation of Article 370 last year.

Reacting to the news of the former CM’s release, her daughter Iltija Mufti tweeted: “As Ms Mufti’s illegal detention finally comes to an end, Id like to thank everybody who supported me in these tough times. I owe a debt of gratitude to you all. This is Iltija signing off. May allah protect you”.

Mehbooba, who became the first woman chief minister of the erstwhile state of Jammu and Kashmir in 2016 as head of the PDP-BJP alliance, was arrested along with other leaders hours ahead of the Centre bifurcating the state into two union territories and abrogating Article 370.

She was first detained under Sections 107 and 151 of CrPC but later booked under the controversial Public Safety Act.

Initially, Mehbooba was lodged at Cheshma Shahi guest house and then shifted to another government guest house at M A Link Road here.

The PDP president was then taken to her residence where she remained under house arrest.

Mehbooba’s daughter, Iltija, had challenged her detention in the Supreme Court, which last heard the case on September 29.

Former Jammu and Kashmir chief ministers and National Conference leaders Farooq Abdullah and Omar Abdullah were released in March after over seven months in detention.