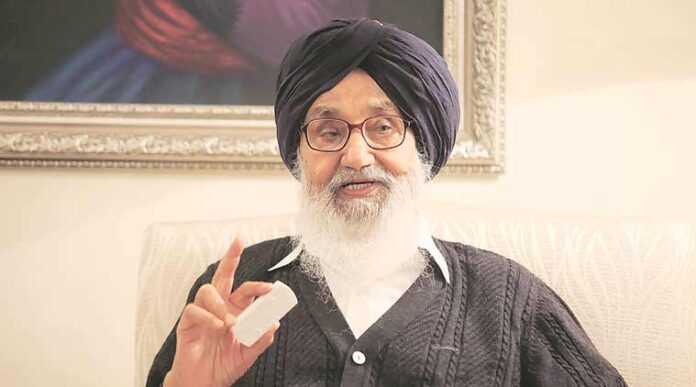 Gidderbaha, April 23: Refuting the allegations levelled by former Jathedar of Takht Damdama Sahib Giani Gurmukh Singh, former CM Parkash Singh Badal today claimed that it was wrong to say that any decision regarding the grant of pardon to Dera Sacha Sauda chief was taken at his residence. 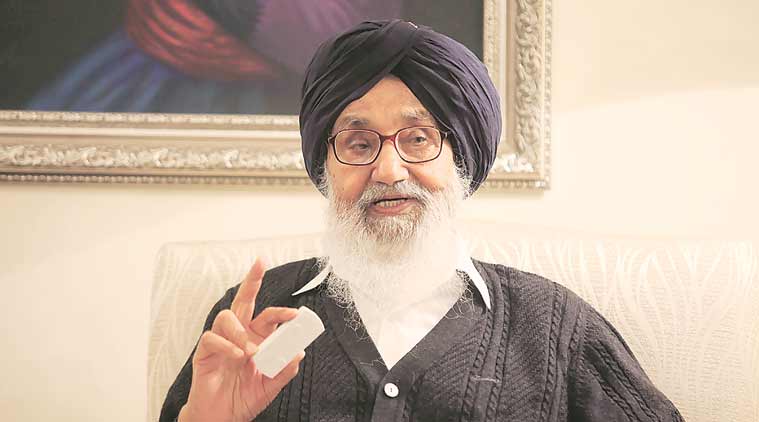 He said he had no role in the removal of Giani Gurmukh Singh, who alleged that the SGPC acted at the behest of its political bosses. “It is up to the SGPC to remove or appoint Jathedars. I never intervened in its working,” said Badal, who today visited the family of a vendor, Manish Kumar, who had set himself ablaze alleging harassment by aides of Congress MLA Amrinder Singh Raja Warring.

Badal spoke to Deputy Commissioner Sumeet Jarangal over the phone after the victim’s kin alleged that the administration was working under pressure and had given a clean chit to the accused. Talking to the media, former CM Parkash Singh Badal criticised the Congress government, saying: “They used to target us on various issues. Now all problems have increased. Be it farmer suicides or law and order issues. The Congress leaders are indulging in vendetta politics. They have snatched some businesses like cleaning of solar power plants and wrested control on truck operators’ unions. Their vindictive policy will not last longer. I assure everyone that the SAD will take stand on every genuine issue.”