Panchkula violence: War-like situation has to be fought like war, says high court 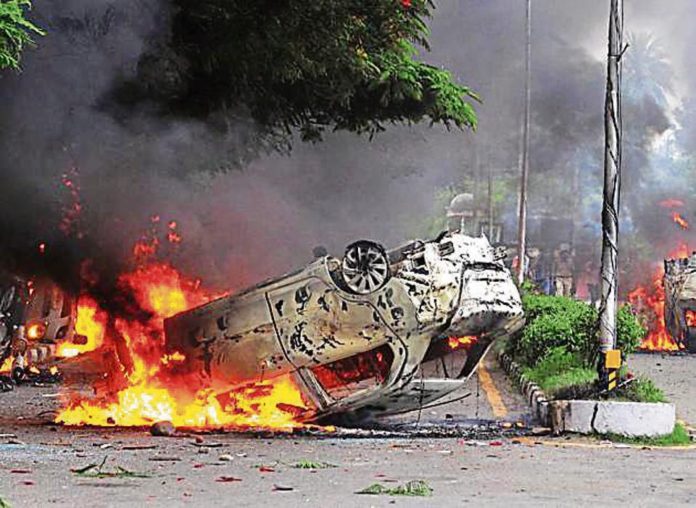 Panchkula, Aug 30: Panchkula violence: The Punjab and Haryana high court on Tuesday said the mayhem caused by followers of self-styled godman Gurmeet Ram Rahim Singh last Friday was a “war-like situation” which had to be tackled accordingly. 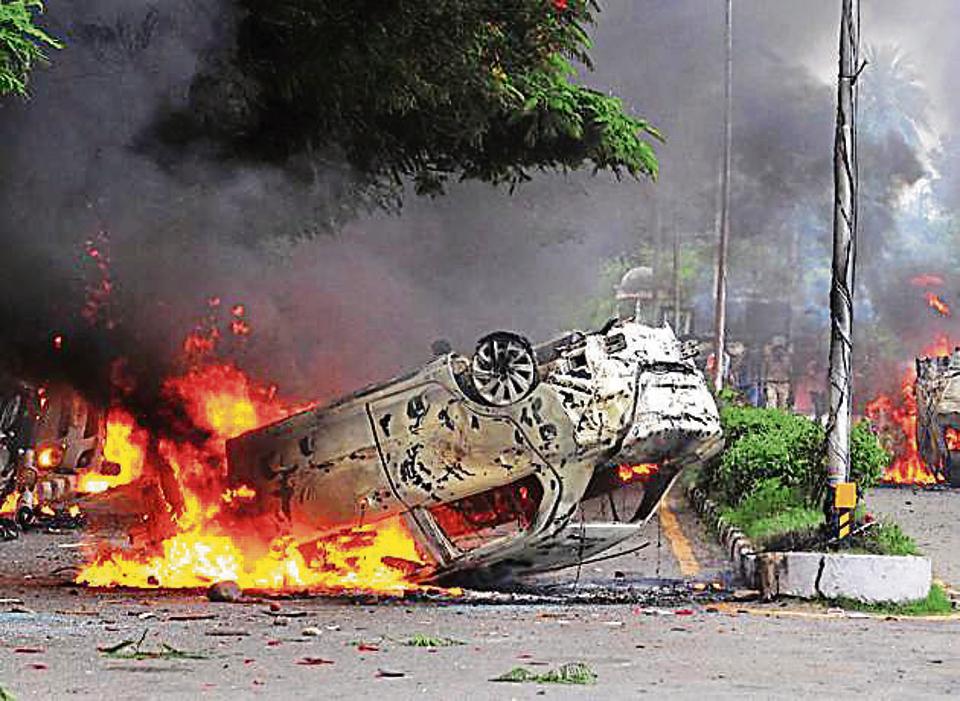 The bench, comprising acting chief justice S S Saron, justices Surya Kant and Avneesh Jhingan, was responding to submissions of the dera counsel that security forces should have used rubber bullets to disperse the mob in Panchkula, rather than opening fire.

“You have to hit hard in riot…It was a war-like situation. It was to be fought like war,” the bench said.

Senior advocate Anupam Gupta, assisting the court, also said that he disagrees with the dera counsel as the entire Haryana would have burnt had the security forces not responded strongly to the situation.

However, some other lawyers assisting the court, including senior advocate Reeta Kohli, pointed out that most of those who died in firing had been shot in head and chest, which should not have happened.

The Haryana government claimed before the court that it did not remove the Dera Sacha Sauda followers from Panchkula ahead of the rape case verdict against sect head Gurmeet Ram Rahim on August 25, to ensure his presence before the court.

“He was using followers. Had we failed in ensuring his presence before court here, the casualties could have been of large scale in getting him from his dera in Sirsa,” state advocate general (AG) BR Mahajan said, while referring to the large gatherings of folowers, including the one seen at 7-acre dera in Panchkula.

The AG also said Ram Rahim’s accomplices tried to free him, when he was arrested at the court complex post-conviction.

“He was using his followers. Most of them did not know what may happen in Pacnhkula,” Mahajan told the high court.

“Use of force ahead of hearing could have been made as an excuse by him for non-appearance in court…Violence was managed by him.”

The court was hearing a public interest litigation (PIL) filed by Panchkula resident Ravinder Dhull, a lawyer who had raised the law and order concerns and stated that over 1.5 lakh people had reportedly entered the district, despite prohibitory orders.

The bench, while pointing out to weapons, iron rods, petrol bombs, sticks seized in the aftermath of the Panchkula violence, questioned the AG as to how the state presumed that all of those who had came to Panchuka were there for a “peaceful gathering.”

The AG admitted that some “shortcomings” may have been there in handling the situation, but the intent was to prevent

bigger damage which arsonists could have inflicted in such a situation.