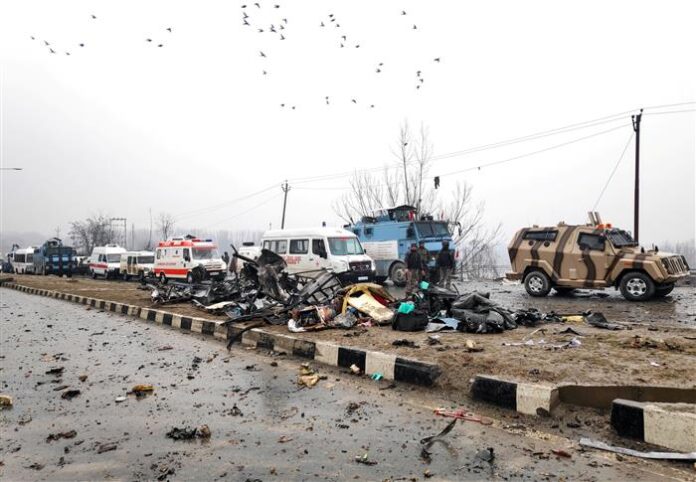 In a sensational admission, a senior Pakistani minister on Thursday admitted that Pakistan was responsible for the deadly Pulwama terrorist attack in Jammu and Kashmir in 2019 that brought the two countries to the brink of a war.

“Humne Hindustan ko ghus ke maara (We hit India in their home). Our success in Pulwama, is a success of this nation under the leadership of Imran Khan. You and us are all part of that success,” Science & Technology Minister Fawad Chaudhry said in the National Assembly during a debate.

Chaudhry, a close aide of Prime Minister Imran Khan, made the remarks a day after Opposition Pakistan Muslim League-Nawaz (PML-N) leader Ayaz Sadiq said Foreign Minister Shah Mahmood Qureshi in an important meeting pleaded to release Indian Air Force Wing Commander Abhinandan Varthaman, who was captured by the Pakistani Army on February 27, 2019 after his MiG-21 Bison jet was shot down in a dogfight with Pakistani jets.

In the early hours of February 26, 2019, the IAF jets bombed the Jaish-e-Mohammad (JeM) terror camps in Balakot in Khyber Pakhtunkhwa of Pakistan and avenged the Pulwama terrorist attack that claimed the lives of 40 CRPF personnel.

“Legs were shaking and forehead perspiring, and the foreign minister (Qureshi) told us, ‘For God’s sake, let him (Varthaman) go back now because India is attacking Pakistan at 9 PM in the night’”, Sadiq said, recalling the high-level meeting which was also attended by Army chief Gen Qamar Javed Bajwa, and added that “India was not planning to attack…They just wanted to kneel before India and send back Abhinandan.”

Chaudhry, who was the information and broadcasting minister at the time of the Pulwama attack, criticised Sadiq’s remarks and termed them as “inappropriate”.