Guwahati, August 31: Over 19 lakh people in Assam were shocked to find themselves not listed on the final list of the National Register of Citizens (NRC) released Saturday morning.

The NRC authorities announced that a total of 3,11,21,004 people were listed as Indian citizens, while some 19,06,657 people have been excluded from it.

The Union Home Ministry said those left out had not submitted their claims. 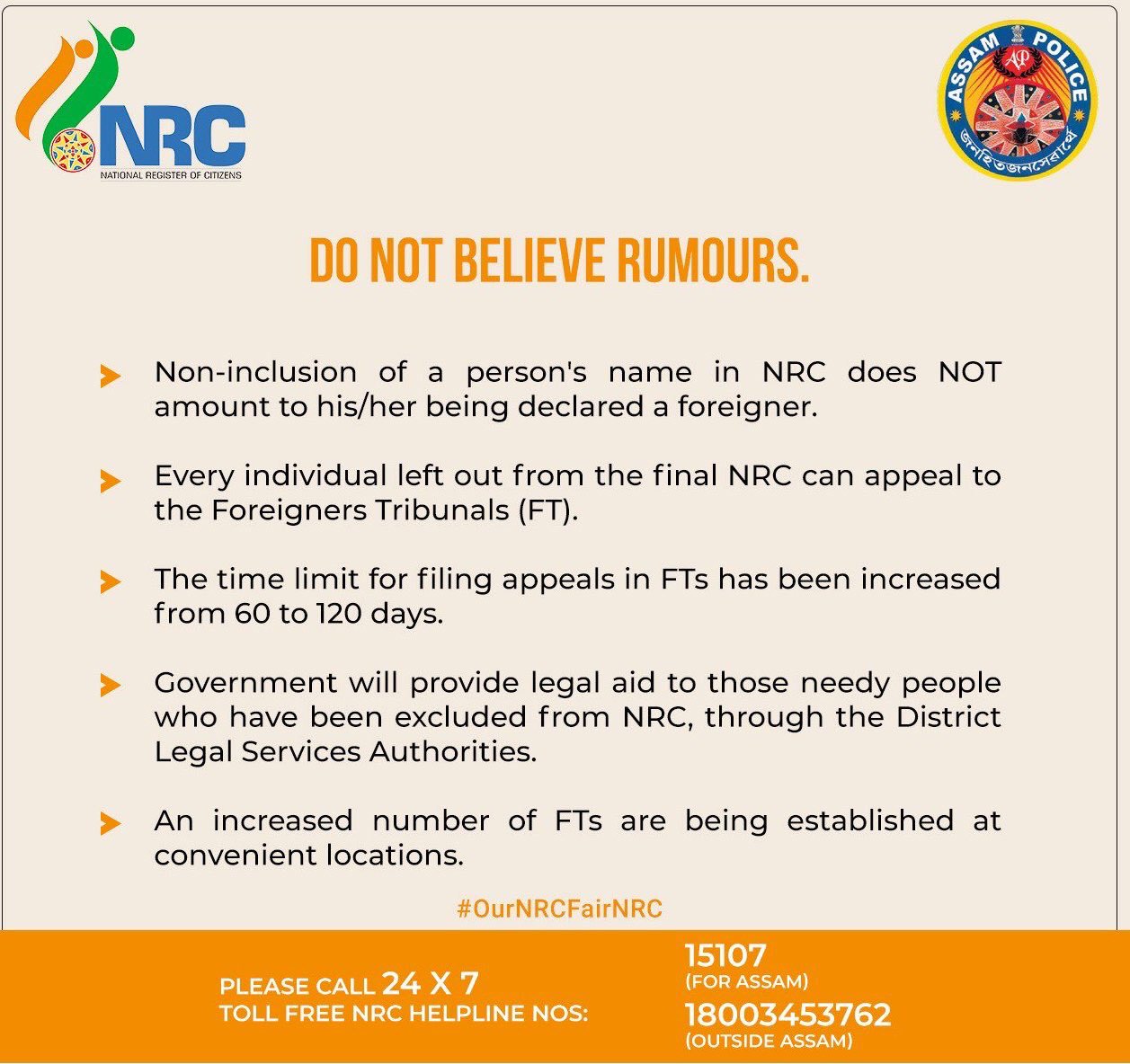 The NRC released the list online around 10 a.m. and its website (www.nrcassam.nic.in) soon crashed. As a precaution to avert any untoward incident on Saturday, prohibitory orders were issued, 14 districts were declared sensitive and Assam police personnel, 218 companies of additional forces were deployed to prevent any breach of peace.

The NRC has immense significance for the people of the north eastern state, which witnessed a six-year-long movement from 1979 to 1985 seeking detection and deportation of illegal Bangladeshis.

The process, which started on the orders of the Supreme Court in 2013, has been carried out by the Registrar General of India under the strict vigil of the apex court.

The process of NRC update in Assam is governed by Rule 4A and the corresponding Schedule of the Citizenship (Registration of Citizens and Issue of National Identity Cards) Rules, 2003.

“The draft NRC published on July 30 last year found 2,89,83,677 persons eligible for inclusion in the list.

Thereafter, 36,26,630 people staked claims against their exclusion, and a verification was also carried out of the persons included in the Draft NRC under Clause 4(3) of the Schedule of the Citizenship (Registration of Citizens and Issue of National Identity Cards) Rules, 2003,” it said.

“Objections were received against inclusion of 1,87,633 persons, whose names had appeared in the Complete Draft. Another Additional Draft Exclusions List, which was published on June 26, 2019, had 1,02,462 names,” the NRC said.

“Taking into account all the persons already included and after disposal of all the claims and objections and proceedings under Clause 4(3), it has been found that a total of 3,11,21,004 persons are eligible for inclusion in the Final NRC leaving out 19,06,657 persons, including those who did not submit their claims,” said the statement.

The government has assured that the people left out of the final list will not be detained and they could appeal against their exclusion before the Foreigners’ Tribunals (FT) and “move higher courts if not satisfied with the FT ruling” said Kumar Sanjay Krishna, Additional Chief Secretary (Home & Political).

Krishna said legal aid will also be made available to those excluded from the Final NRC through the District Legal Services Authorities (DLSA).

However, the BJP, which had been clamouring for the NRC for years, was far from happy.

Fearing exclusion of a large number of Hindus, the saffron party’s man in the northeast Himanta Biswa Sarma said on Friday he had lost all hope in the present form of the NRC.”as so many genune Indians are out” of the document.