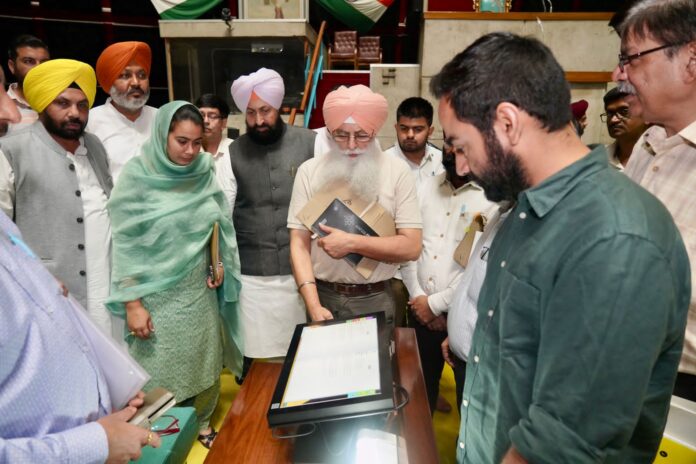 On this occasion, Tourism and Culture, Labour, Investment Promotion Minister Madam Anmol Gagan Mann said that a blood donation camp was specially organized by Aam Aadmi Party’s youth wing Mohali today to meet the shortage of blood in the hospitals of the district. On this occasion, she congratulated the people on the birthday of Mr. Arvind Kejriwal and prayed for his long life. She said that the state government is committed to raise the standard of living of the people. She said that blood donation is a great donation, she said that a single drop of blood donated by us can save the life of a needy person. Every health conscious person should donate blood as there is no other alternative of blood. On this occasion, Cabinet Minister Mr. Chetan Singh Jodemajra and Cabinet Minister Mr. Brahm Shankar also congratulated the people on the birthday of Mr. Arvinder Kejriwal. In this blood donation camp, blood was donated by 76 blood donors who were honored with plants by Cabinet Minister Shri Brahm Sankar.