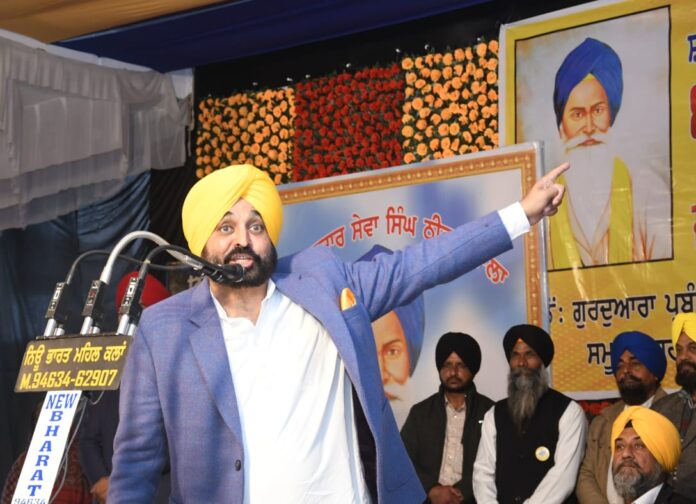 The Chief Minister, who was here to participate in 89th death anniversary of Baba Sewa Singh Thikriwal, said that it will be a befitting tribute to the great martyr who sacrificed his life at the altar of the motherland. 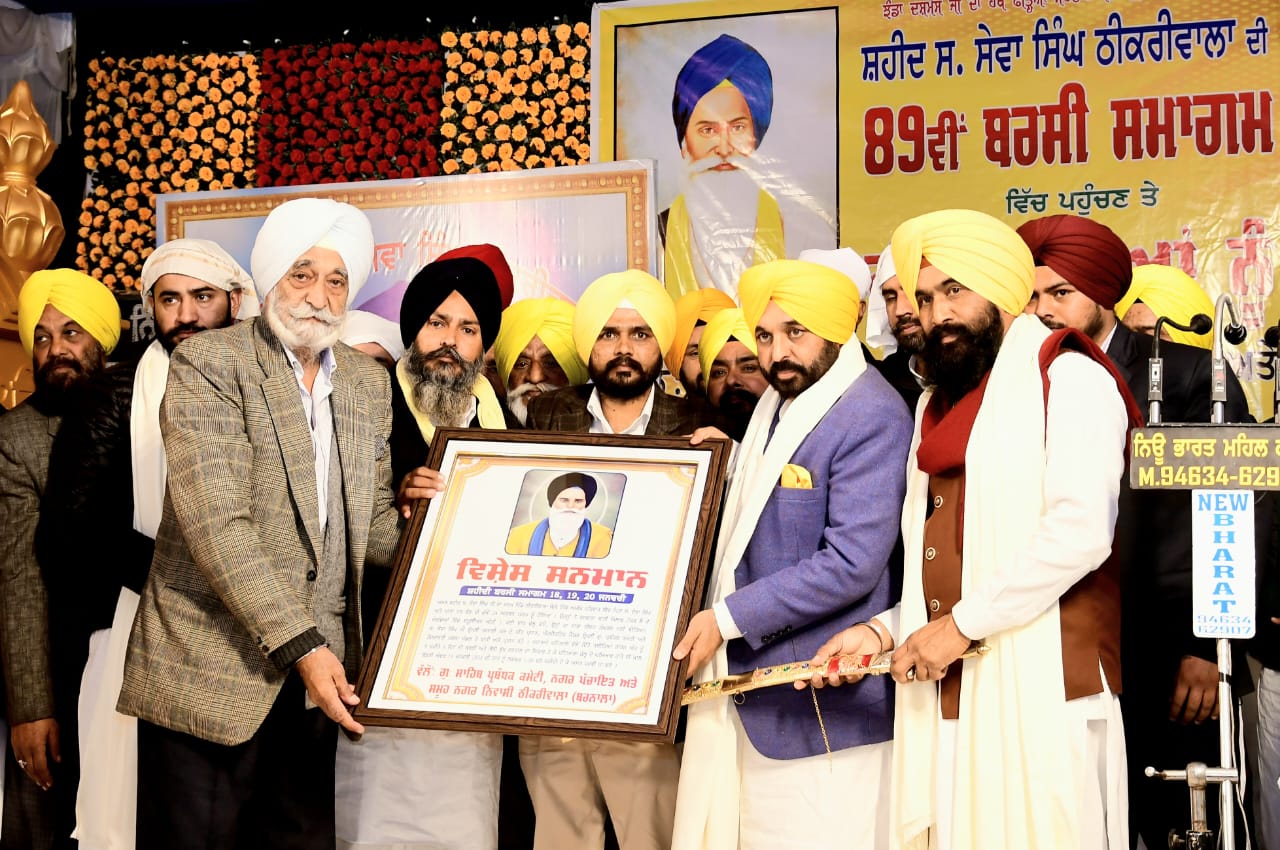 Bhagwant Mann urged the people to follow the footsteps of the great martyr in the fight against modern day imperialism in the form of dynastic rule.

Bhagwant Mann said that soon a pilot project will be launched in Barnala district for recharging the water table in the state.

The Chief Minister said that the state government is making concerted efforts for promotion of alternate crops in the state. He said that all out efforts will be made to assure that farmers get remunerative prices for their produce. Bhagwant Mann said that like for procurement of Paddy, Minimum Support Price will also be ensured in procurement of the alternate crops.

Slamming the successive previous governments for plundering the money of the state, the Chief Minister said that though nothing took place in the state but then also the leaders claimed that the state exchequer was empty. He said that ironically these governments didn’t take a single step for the welfare of the public but looted the taxpayers money.

Bhagwant Mann said that due to the greed of these leaders Punjab suffered serious setbacks.

Quipping on former Finance Minister Manpreet Badal, the Chief Minister said that this leader had always claimed that the finances of the state are empty. He said that now this former Congress leader has turned into a turncoat by joining the saffron party. However, Bhagwant Mann said that like Congress, he will empty the coffers of BJP too.

The Chief Minister also announced that the native village of Baba Sewa Singh Thikriwal will be transformed into a Model village equipped with ultra modern facilities.

He said that as a mark of respect to the great freedom fighters, the state government has already named the Mohali airport after the legendary martyr Shaheed Bhagat Singh adding that a 35 feet high statue of the great martyr will be installed at the airport.

Bhagwant Mann also said that the state government will also pass a resolution in Punjab Vidhan Sabha for naming the upcoming Halwara airport in the name of Shaheed Kartar Singh Sarabha.

He said that the foundation stone of Sant Attar Singh State Institute of Medical Sciences at Mastuana Sahib in Sangrur had already been laid by him and work on its construction will start soon. Bhagwant Mann further said that work on two other medical colleges at Kapurthala and Hoshiapur has also started.