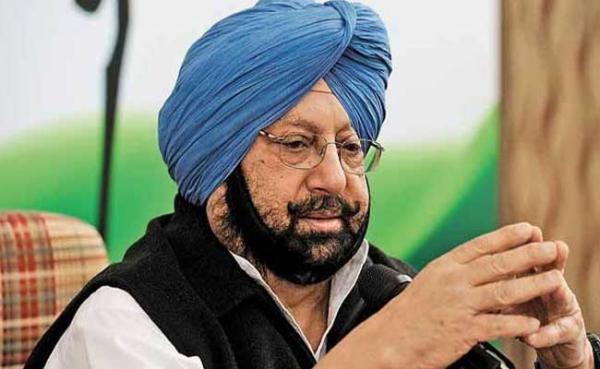 Chandigarh, June 3: Reacting strongly to Union Agriculture and Farmers’ Welfare Minister Radha Mohan Singh’s `bizarre’ response on the ongoing agitation of the farmers, Punjab Chief Minister Captain Amarinder Singh on Sunday said it showed the complete lack of concern on the part of the central government to the problems of the common people, particularly the farming community.

It was not the protest which was `bizarre’ but the minister’s statement, said an upset Captain Amarinder, adding that a minister who did not connect with the woes of the farmers had no business holding the portfolio.

Dubbing the minister’s reaction as highly shocking and shameful, the Chief Minister said while the farmers were resorting to extreme steps out of sheer desperation and the masses were reeling under the impact of the spiralling prices of essentials, Radha Mohan clearly had no qualms about showing his lack of sensitivity to their problems.

When a minister entrusted with the welfare of the farmers cannot relate to their problems, and was totally unconcerned about their plight, one could well imagine which way the country was headed, said Captain Amarinder, demanding the minister’s immediate dismissal.

The Chief Minister lashed out at the central government, led by Prime Minister Narendra Modi, for its complete apathy to the problems of the distressed farmers, many of whom were committing suicide, around the country. When the farmers, who feed the nation, are forced to resort to such extreme steps, including taking to the streets to draw attention to their pitiable condition, then it does not augur well for the country, said Captain Amarinder.

Expressing himself to be in total sympathy with the protesting farmers, the Chief Minister asked what else could they be expected to do when their and their families’ survival was at stake. The farmers were suffering as a result of the central government’s failure to waive off their debts, which many state governments, including Punjab, had been repeatedly seeking, and also to give them the due price for their produce, said Captain Amarinder.

The Chief Minister reiterated his demand for in toto implementation of the Swaminathan Commission report to ensure fair and remunerative crop prices for the farmers, to enable them to meet both ends.

On the issue of farm debt waiver, Captain Amarinder said if a bankrupt state like Punjab could do its bit for loan waiver, why could the central government not come up with a waiver scheme? Quite clearly, the Centre lacked the will and the intent to come to the rescue of the beleaguered farmers, said the Chief Minister, adding that the Modi government seemed to be only interested in appeasing and helping the rich industrialists who were fleecing the country of its resources and finances. The poor were nowhere on their priority agenda, said Captain Amarinder.