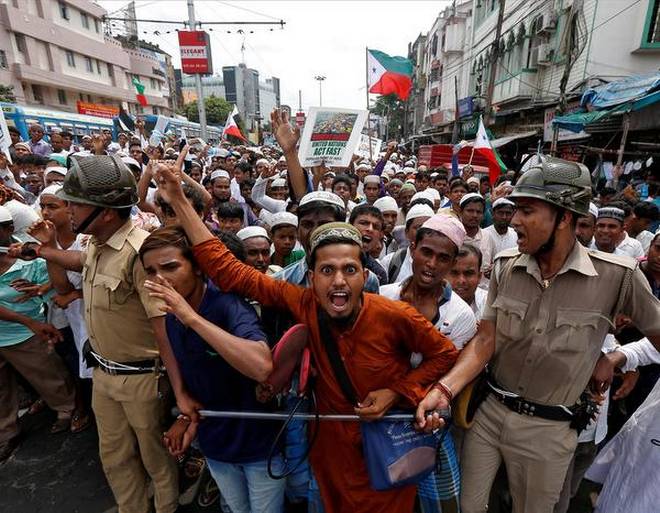 New Delhi, Sep 12: Union Minister of State for Home Kiren Rijiju said here on Monday that the government had not yet firmed up a plan to deport Rohingya, and had only asked the State governments to identify illegal immigrants and initiate action under established procedure.

He was reacting to United Nations High Commissioner for Human Rights Zeid Ra’ad Al Hussein’s statement that “India cannot carry out collective expulsions, or return people to a place where they risk torture or other serious violations”.

Mr. Rijiju, while reacting to Mr. Hussein’s statement, said, “But the United Nations and other international organisations do not understand the internal security or national security problems of India. India has been the most humane nation and we have asked the State governments to initiate action as per the established procedure. They [Rohingya] are still here.”

In an official communication issued on August 8, the Home Ministry directed the States to conduct surveys and prepare to deport Rohingya in a “continuous manner.”

Lawyer Prashant Bhushan moved the Supreme Court against the order and appearing on behalf of two Rohingya, Mohammad Salimullah and Mohammad Shaqir, made a plea to “protect their life and liberty”.

The court will hear the matter on September 18.

The Minister said he would not like to disclose the communication with Myanmar on taking back Rohingya.

Mr. Hussein, while addressing the 36th Session of the Human Rights Council in Geneva, said, “I deplore current measures in India to deport Rohingya at a time of such violence against them in their country. Some 40,000 Rohingya have settled in India and 16,000 of them have received refugee documentation. The Minister of State for Home Affairs has reportedly said that because India is not a signatory to the Refugee Convention, the country can dispense with international law on the matter, together with basic human compassion. However, by virtue of customary law, its ratification of the International Covenant on Civil and Political Rights, the obligations of due process and the universal principle of non-refoulement (a number of international instruments relating to refugees), India cannot carry out collective expulsions, or return people to a place where they risk torture or other serious violations.”

As reported by The Hindu on Monday, India’s shift in position on the Myanmar issue on Saturday was prompted by a series of requests from the Bangladesh government “at the highest levels”.