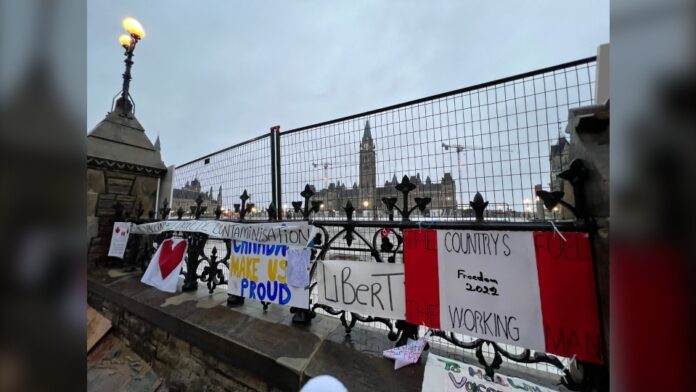 New fencing has been erected on the Parliament Hillside of Wellington Street, right next to where ‘Freedom Convoy’ demonstrators have been camped out for three weeks.

It’s the latest sign that police action to break up the downtown Ottawa occupation could be imminent. On Wednesday, police handed out notices to demonstrators warning them to leave the area or face arrest.

“I will commit to council that we have a good, well-resourced plan that we will execute from now moving ahead to end the occupation in this city,” Steve Bell said during a dramatic city council meeting in which the city’s police board chair was ousted. 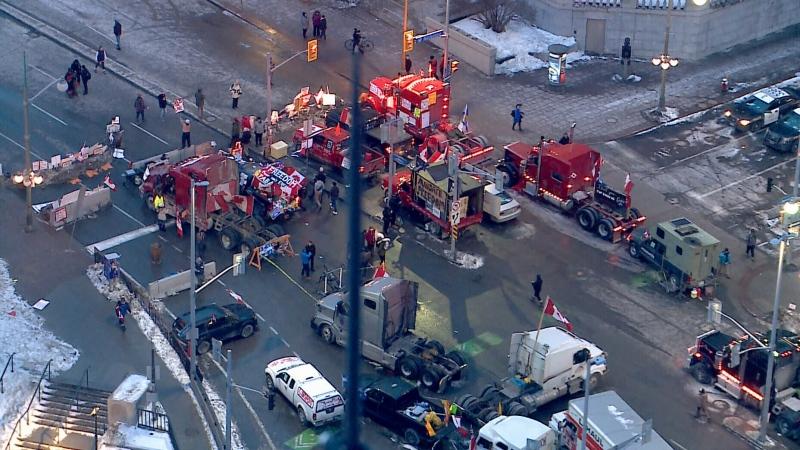 Bell added that while police have a “methodical and well-resourced plan” to take back the downtown core and all occupied spaces in Ottawa, it will take time.

“It’s not a quick turnaround. This is an operation that will take time over a number of days to actually execute and achieve,” Bell said.

“Again, my deep desire is people leave our city. Those that are occupying our city, get in your vehicles and go home. We’re starting to actually increase pressure on them and encourage them to leave our streets. My absolute hope is that they do that prior to us having to intervene.”

Ottawa police issued a notice to demonstrators Wednesday warning they will face severe penalties if they do not remove their vehicle and/or property immediately from all unlawful protest sites.

Protesters showed no signs of leaving after the notices were handed out. Live music continued on Wellington Street into the early evening, several protesters could be seen using the hot tub that has been installed at Wellington and O’Connor streets, and children played at a makeshift daycare.

“Your vehicle and property may be seized or removed. Your driver’s licence may be suspended or cancelled.”

Bell said he couldn’t share operational details with council, but insisted police have worked with the RCMP and OPP to secure the resources needed for police operations.

“Our partners have been extremely cooperative and helpful to us in allowing us to amass the resources that we do require to mount such an operation,” Bell said.

“We are continuing to build that capacity, we’re continuing to work with our partners to make sure before we entered into any sort of direct action that we would have the resources necessary in order to be able to do that.”