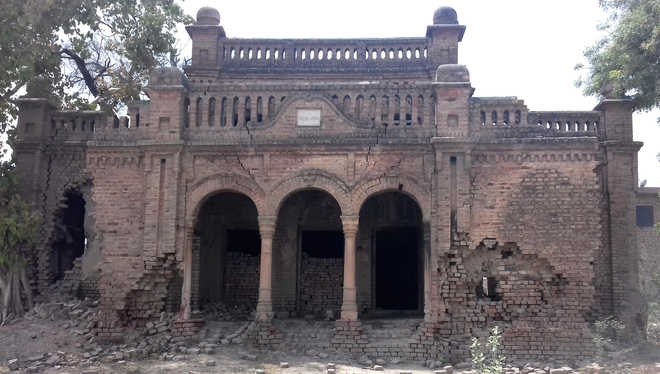 Fazilka, May 1: The 117-year-old protected monument, Raghuvar Bhawan, in Fazilka is proving to be haven for drug addicts.
Historian Lachhman Dost, who spearheaded a long agitation to get heritage status for one of the oldest buildings of the town, alleged that addicts could be seen hovering around the building. They take shelter in the unattended building and consume drugs there. 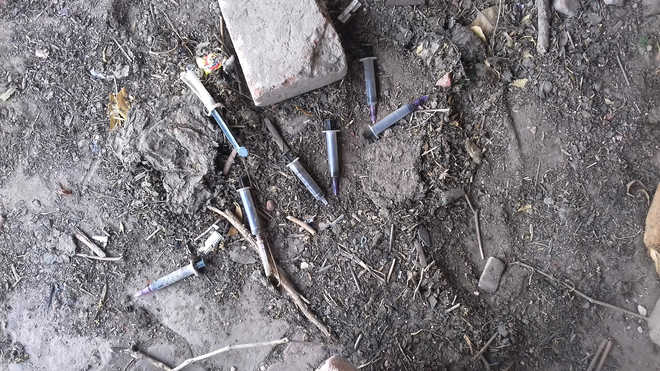 He said that used injection syringes and other material have been spotted by the residents of the nearby Nai Abadi Islamabad locality.
Raised in 1901, Raghuvar Bhawan is located on the Freedom Fighter Road. At present, the isolated and dilapidated building is part of the proposed Improvement Trust Colony.

Under the Punjab Ancient and Historical Monument and Archaeological sites and Remains Act, the state government had issued the final notification in 2016 to declare the oldest building of the town a protected monument.
“But after that, neither has a board on the heritage status been put up nor any grant released to maintain the building. These have resulted in anti-social activities in the bhawan,” alleged Dost.

He said that four rooms of the building had already collapsed and the remaining are in a shambles.
Fazilka DSP Narinder Singh said that he would inquire into the matter. “If anti-social activities are being carried out inside the building, those will be checked with an iron hand,” he said.