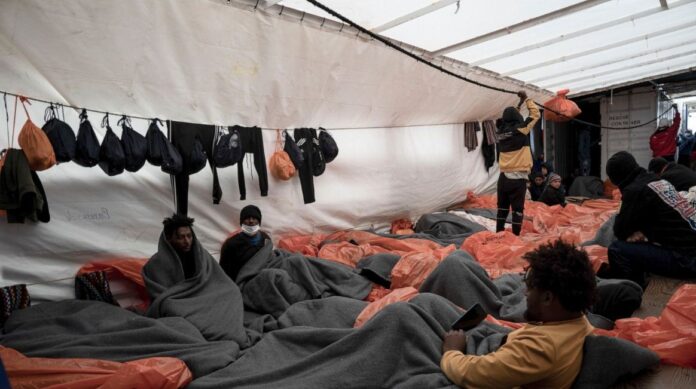 Milan, November 5: Two German-run migrant rescue ships carrying nearly 300 rescued people were waiting off the eastern coast of Sicily on Saturday, one with permission to disembark the most vulnerable migrants while the other’s request for a safe port has gone unanswered despite “critical” conditions on board.

The situation describes the chaos and uncertainty resulting from the decision by Italy’s far-right-led government to close its ports to humanitarian rescue ships. 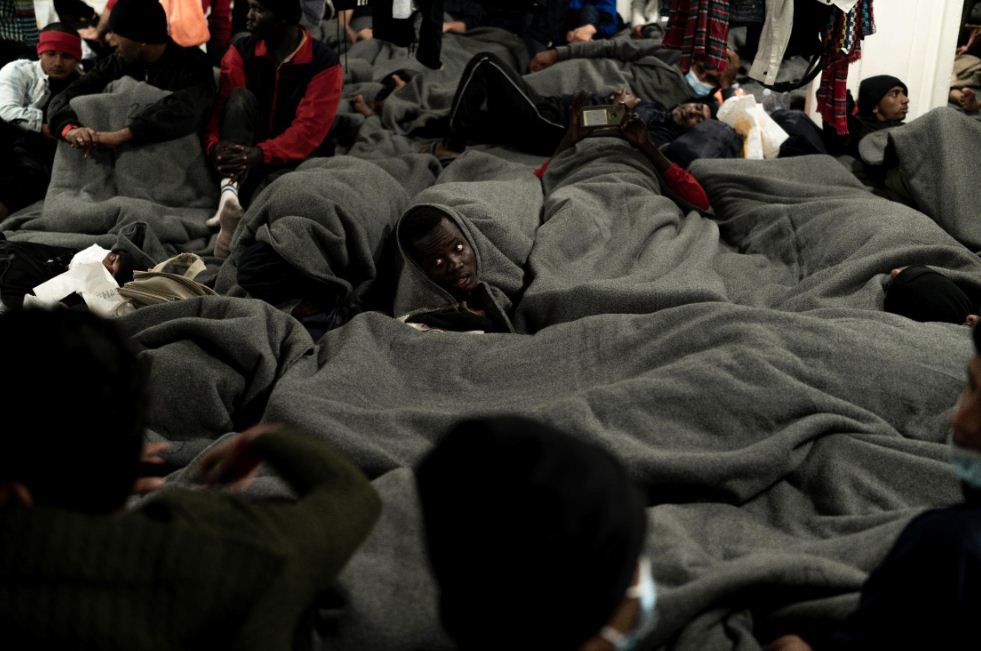 More than 1,000 rescued migrants were aboard four ships run by European charity organizations stuck in the Mediterranean Sea, some with people rescued as long as two weeks ago amid deteriorating conditions on board.

Both Humanity 1 and Rise Above, run by separate German humanitarian groups, were in Italian waters: Humanity 1 carrying 179 migrants has received permission to disembark minors and people needing medical care, but the Rise Above’s request for port for its 93 rescued people has so far gone unanswered.

Two other ships, the Geo Barents with 572 migrants and the Ocean Viking with 234, also have repeatedly asked permission to access a port to disembark the rescued migrants.

Interior Minister Matteo Piantedosi said Friday that the Humanity 1, run by the German organization SOS Humanitarian, would be allowed in Italian waters only long enough to disembark minors and people in need of urgent medical care. The measure was approved after Germany and France each called on Italy to grant a safe port to the migrants, and indicated they would receive some of the migrants so Italy wouldn’t bear the burden alone.

No such provisions have been offered to the other three ships.

Italy’s new far-right-led government is insisting that countries whose flag the charity-run ships fly must take on the migrants. Speaking at a news conference late Friday, Piantedosi described such vessels as “islands” that are under the jurisdiction of the flag countries.

Nongovernmental organizations stridently oppose that interpretation and say they are obligated by the law of the sea to rescue people in distress, no matter how they learn of their plight, and that coastal nation are obligated to provide a safe port as soon as feasible.

The situation on the Rise Above was particularly desperate after rescuing 95 people, two of whom have been evacuated because of medical emergencies. Spokeswoman Hermine Poschmann described a “very critical situation (Friday) that … led to very great tensions” on board because passengers saw land and didn’t understand why they weren’t docking.

She said the crew was able to handle it, they spoke with the passengers and the situation is “stable again.”