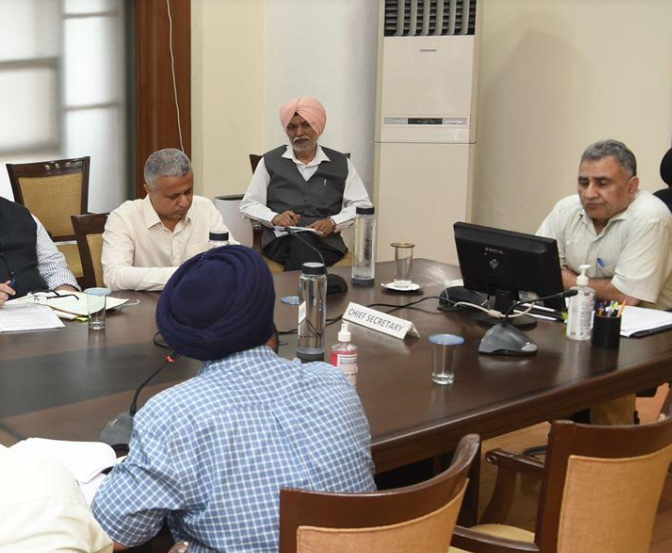 The Punjab government is conducting two days special workshops on localization of Sustainable Development Goals (SDGs) in the villages across the state on August 22 and 23. The theme of this workshop will be ‘Self-sufficient Infrastructure in Villages’ which means that the residents of the villages can get the necessary facilities at their own village.

This workshop is part of the national workshops to be conducted on 9 themes given to different states by the Union Panchayati Raj Ministry across the country.

This information was given by the Chief Secretary Vijay Kumar Janjua while presiding over a meeting called to review the preparations of the workshop at the committee room located at the Punjab Civil Secretariat here on Thursday.

The Chief Secretary gave necessary instructions to the concerned departments to nominate a nodal officer in each department to make the national level workshop a success. He said that with the commitment of the Chief Minister Bhagwant Mann for the holistic development of villages and developing better infrastructure, this workshop will prove to be very fruitful in which around 1500 representatives of Panchayati Raj institutions of all the states will participate.

Apart from this, 500 representatives from other states and 1000 members of progressive panchayats of Punjab will also take part in the workshops. Through mutual discussion, they will share the experiences of the works done in each other’s villages. Information will be given during the workshop about the structures set up in the model villages of Punjab.

Mr. Janjua said that it is a matter of pride for Punjab that Punjab is hosting a national level workshop related to sustainable development goals in villages. Punjab is the first state to conduct the first workshop out of 9 themes.

He said that on the first day, there will be sessions related to panchayats in the state of Punjab, while the sessions on the second day will include panchayats of other states.

Gurpreet Singh Khaira, Director of Rural Development and Panchayat Department, who is supervising this workshop, gave information about the preparations and arrangements made for the stay and travel of the guests from other states.