Chandigarh, August 21: Heavy rainfall on Monday morning brought the tricity (Chandigarh, Mohali, Panchkula) to a standstill as poor drainage system gave way to roads being flooded with water. The rainfall left the cars of commuters stuck in middle of the roads forcing them to leave their cars stranded.

The meteorological department said a total of 112 mm rainfall was recorded from 8.30am to 11:30 am on Monday. The officials said that the weather will stay like this for a couple of days more. 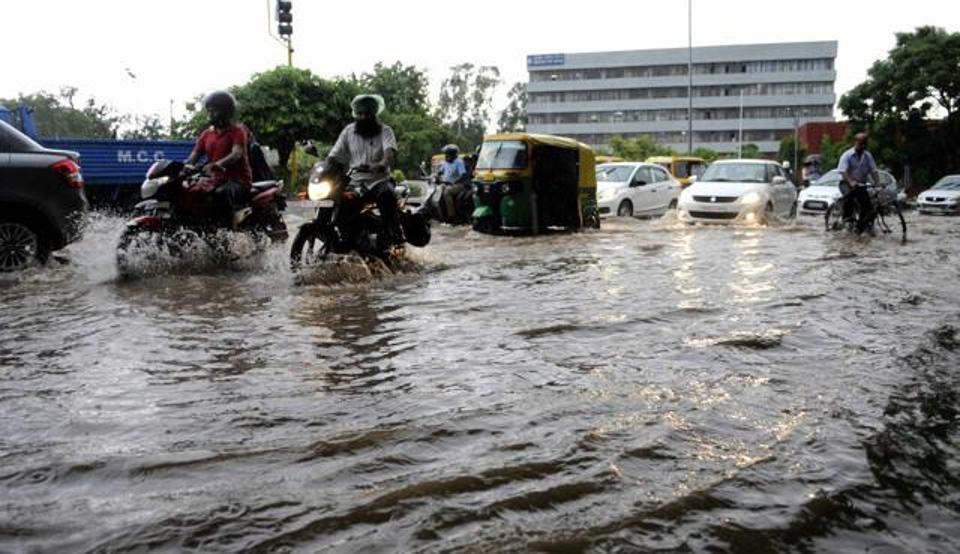 The condition of some roads was such that the traffic police diverted traffic to alternative routes. Vehicles were unable to cross the road underbridge in the Industrial Area due to the water that had accumulated.

In Mohali, Zirakpur, Dera Bassi, there was traffic jam for more than one hour and long queues of vehicles were seen on Airport road, phase-7,9,10, 11 and 3 B1 and 2.

Once again waterlogging exposed all tall claims of the tricity local bodies of making elaborate arrangements ahead of the monsoon.