Siddharth Nagar (UP), May 10: Congress leader Priyanka Gandhi Vadra alleged on Friday that while farmers were suffering, Rs 5.5 lakh crore of big industrialists were waived by the BJP government and Prime Minister Narendra Modi’s friends had registered profits of Rs 10,000 crore in the last five years. 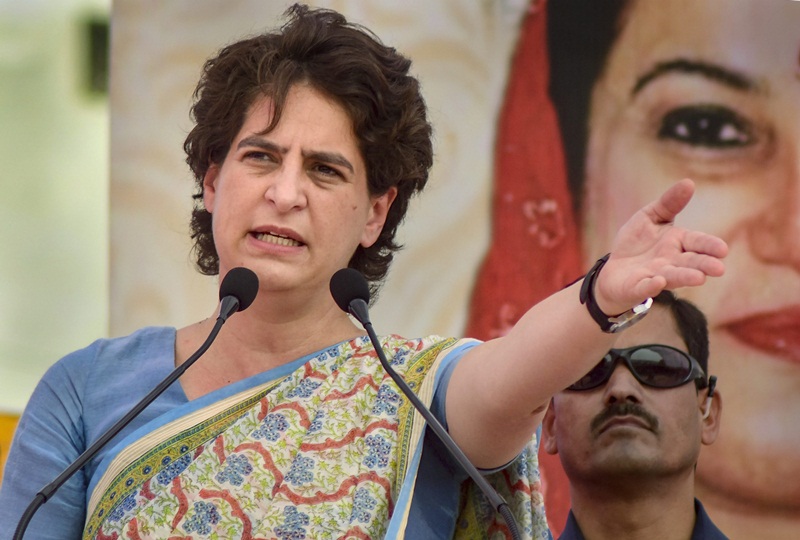 Addressing an election meeting here, she also hit out at Modi, saying that he talked about Pakistan and other “absurd” issues, but never about the problems of the people. The Congress general secretary in-charge of eastern Uttar Pradesh termed the current Bharatiya Janata Party-led government “arrogant”, alleging that it spreads anger, hatred and negativity.

She alleged that when farmers of a number of states, including Madhya Pradesh, Haryana, Punjab and Maharashtra, went to Delhi to stage a protest,the prime minister did not come out of his bungalow for even five minutes to hear their grievances. “Now they are highlighting the ‘Kisan Samman Yojana’ and promising Rs 6,000 per year. When the Congress asked the government to waive farm loans, it was said that there was no money in the economy.

“If you did not have money, how were Rs 5.5 lakh crore of big industrialists waived? Where does the insurance money of farmers go? While you (farmers) were suffering, the companies of the prime minister’s friends recorded profits of Rs 10,000 crore in the last five years,” the Congress leader alleged.

Claiming that the Congress governments in Rajasthan, Madhya Pradesh and Chhattisgarh had waived farm loans, she said, “When the intention is good, loan waiver starts in three days, but when the intention is bad, the arrogant leader talks big and leaves.”

Stating that there were false propaganda and negativity in politics, Priyanka Gandhi said the people of the country should never underestimate their power. “We are here because of you (people). You must acknowledge your power. Do not make spreading filth and negativity a habit and make a change. Democracy has given you the power,” she said.

“Whenever he (Modi) comes before you, he never talks about your problems. He talks of the past, Pakistan and other absurd issues. He did a world tour…visited Pakistan, ate biryani there, visited Japan and played the drums, went to the US, Europe and other countries, but never to a single village in his parliamentary constituency to know about the real problems of the people,” the Congress leader claimed.

On the stray cattle menace in Uttar Pradesh, she said the government had made enclosures for animals after seeing the anger of farmers during elections. “But there is no arrangement for fodder and water there. Because of their policies, 12,000 farmers have committed suicide in the last five years,” Priyanka Gandhi added. Pointing out that the BJP’s 2014 poll promise of giving Rs 15 lakh to every citizen was not honoured, she alleged that demonetisation and the Goods and Services Tax (GST) had ruined traders.

Highlighting the Congress’s manifesto for the ongoing Lok Sabha polls, Priyanka Gandhi said her party would make all sections of the society stand on their own, the poor would be given Rs 72,000 per year and 24 lakh vacant government jobs would be filled by March, 2020. Claiming that five crore jobs were lost due to the faulty policies of the BJP, she promised that if voted to power, the Congress would give a 33-per cent reservation to women in Parliament so that their voice could be heard.

Later, addressing an election meeting at Khalilabad in Sant Kabir Nagar, Priyanka Gandhi said Kabir’s principle of non-violence and truth was adopted by Mahatma Gandhi and the Congress, while alleging that the BJP government was indulging in the politics of “hate and communalism”.

“Five years ago, development, which was not supposedly done in 70 years, was promised, but what happened? Not a single promise was fulfilled,” she said, adding that those who looted the nation were in foreign countries now. The Congress leader claimed that during demonetisation, the entire country was made to stand in queues barring the rich people and BJP members. “Congress chief Rahul Gandhi had also stood in the queue and the BJP had mocked at him,” she said, while urging people to ensure that the saffron party did not come back to power at the Centre. 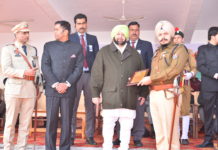 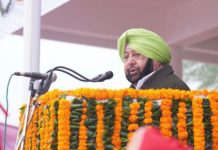 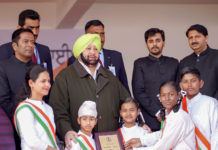 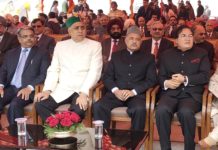 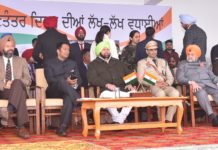 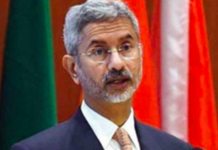 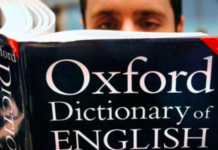 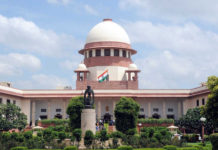