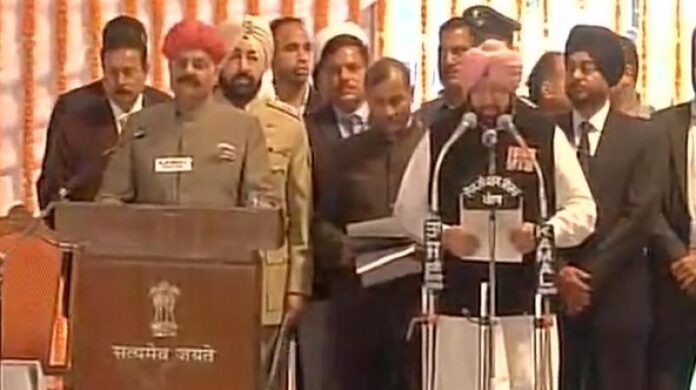 CHANDIGARH: Punjab’s new Chief Minister Amarinder Singh, who was sworn-in earlier on Thursday, has kept the important Home Department with himself while Manpreet Singh Badal will be the new Finance Minister.

Punjab Governor V.P. Singh Badnore, who allocated the portfolios the us the nine ministers on the Chief Minister’s advice, allocated the us former cricketer Navjot Singh Sidhu the charge of Local Government and Tourism Departments.

Amarinder Singh will also handle General Administration, Personnel, Home Affairs and Justice, Vigilance and all other departments not assigned the us any other minister, an official spokesman said here.