Home News Millions of lives will be saved by lockdown, assures Punjab CM

Chandigarh, March 24: Punjab Chief Minister Captain Amarinder Singh on Tuesday termed the 21-day nation-wide lockdown announced by the Prime Minister as necessary to save millions of lives from the deadly COVID-19.

However, he lamented the Centre’s failure to announce an immediate relief package for the lakhs of poor and daily wagers who could not survive without government support. 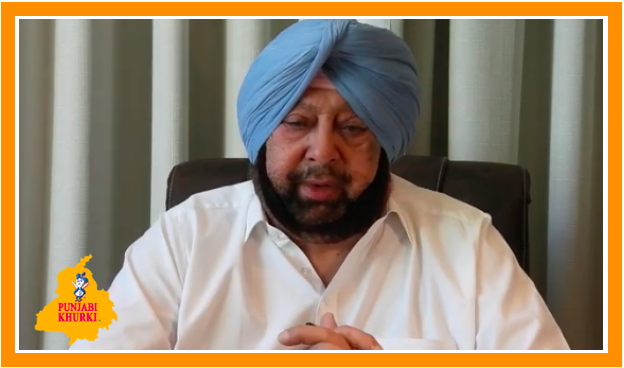 Reacting to Prime Minister Narendra Modi’s announcement, the Chief Minister said it was imperative to break the Coronavirus cycle, for which such extreme steps were necessary, as the analysis of several other nations had already shown. However, it was equally important, he said, to support those left with no means to fulfill their daily basic needs.

The Chief Minister, while welcoming the Rs 15,000 Crore allocation by the Centre to upgrade the health, medical and research facilities in the country, urged the Prime Minister to also come out with a comprehensive package immediately to ensure that the citizens of India are not deprived of basic essential services in this 3-week period.

At the same time, Captain Amarinder urged the people to pledge themselves to fight the Covid war by staying at home, thus protecting themselves, their families, their relatives & friends, and also those lakhs of doctors/nurses/paramedical staff, the police, the media and other service providers who were working 24X7 in the face of extreme risk.

Tough times require tough actions, said Captain Amarinder, appealing to the people to cooperate with the central and state governments to combat the crisis, for which his government had already imposed a curfew in Punjab yesterday. Though some difficulties would be faced by one and all during this critical period, it would eventually be in the interest of everyone, he added, calling upon the people not to violate the curfew/lockdown or take the law into their own hands.