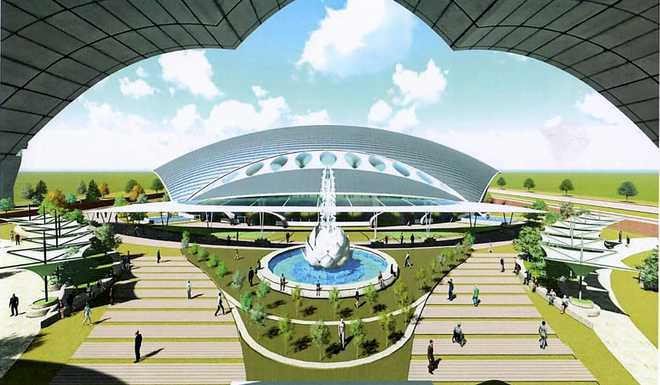 New Delhi, September 16: The movement of people through the Kartarpur Corridor will begin by November 11, said the Ministry of Home Affairs (MHA) Monday.

Speaking after the inspection of the construction site, MHA Additional Secretary Govind Mohan, said there are three works that are part of India’s Kartarpur corridor project and work on these was going on at a war footing. The extra highway of 3.5 km being made from the Gurdaspur-Batala highway till the border point will be completed by October 31, as close to 70 per cent of it has been completed.

The work at the Passenger Terminal Building (PTB) is underway. In this building, there will be immigration and other facilities for the Sikh devotees who will go towards Kartarpur, added Mohan.

A team of the Home Ministry officials inspected the ongoing construction work. “I come here in my capacity as the chairman of the Land Port Authority of India to inspect the work of the Kartarpur corridor on the Indian side of the border. The work would be completed within time,” said Mohan.

He inspected the construction work on the Pakistani side at the India-Pakistan border. Later on, he conducted a high-level meeting with the officials of Gurdaspur district administration and with those working at the site to complete the construction.

The corridor will connect Darbar Sahib in Kartarpur with Dera Baba Nanak shrine in Gurdaspur district of Punjab and facilitate visa-free movement of Indian pilgrims, who will have to just obtain a permit to visit Kartarpur Sahib, which was established in 1522 by Sikh faith founder Guru Nanak Dev.

On the other hand, Pakistan said it will inaugurate the Kartarpur corridor on its side on November 9.