Save Old Growth, the same group behind a series of traffic-disrupting protests carried out over recent months, said some of its members gathered on the Second Narrows Bridge during morning rush hour. 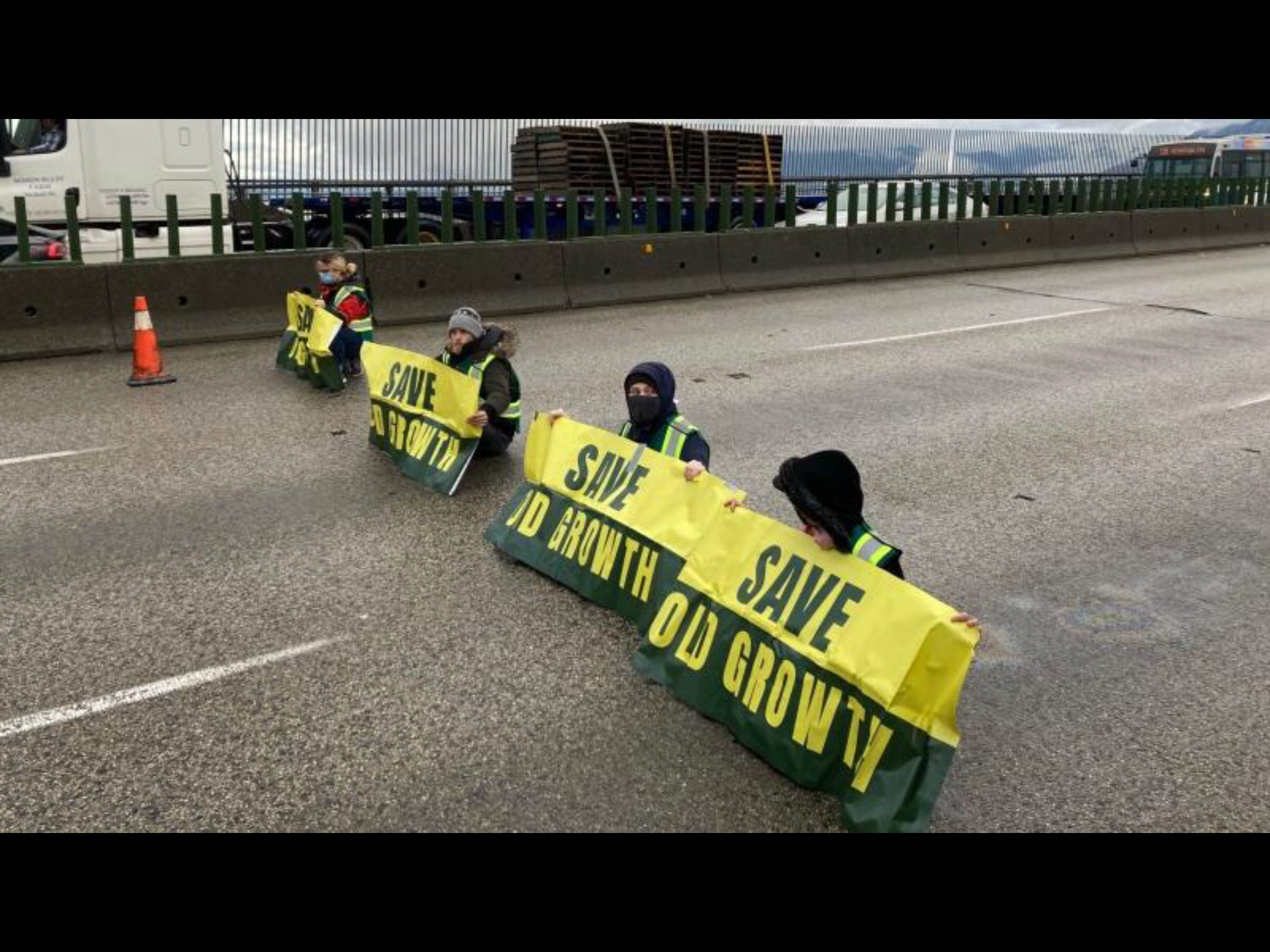 B.C.’s Transportation Ministry confirmed on social media traffic was blocked at about 7:30 a.m. and drivers were warned to expect delays. About 20 minutes later, the ministry issued an update saying all lanes were open, but police were still in the area.

Since the beginning of the year, dozens of protesters have been arrested at various demonstrations, according to Save Old Growth.

Arrests were also made during Monday’s protest.

Members of the group blocked the same bridge Thursday morning and one person was arrested. And, on Monday, demonstrators impacted traffic for about three hours at the westbound lanes of the Grandview Highway on the border between Vancouver and Burnaby.

Save Old Growth said it’ll continue its actions to stop old-growth logging in B.C. “regardless of police and public reaction.”

“I am way past worrying about public and police reaction to our activities,” said Julia Torgerson, spokesperson for the group, in a news release.

“We’re going to remain nonviolent and fight for a liveable future in a manner that is proportionate to the emergency we face.”

Two members of the group are in the middle of weeks-long hunger strikes, calling for in-person meetings with Minster of Forests Katrine Conroy.

Conroy reached out to Breen and Brent Eichler, the other protester doing a hunger strike, by phone.

In a statement to The Canadian Press, Conroy said she had “meaningful conversations” with Breen and Eichler.

Breen called the conversation “polite,” but said other action taken by Save Old Growth, including recent blockades of bridges and major roads, points to the seriousness of the “climate emergency” linked to logging