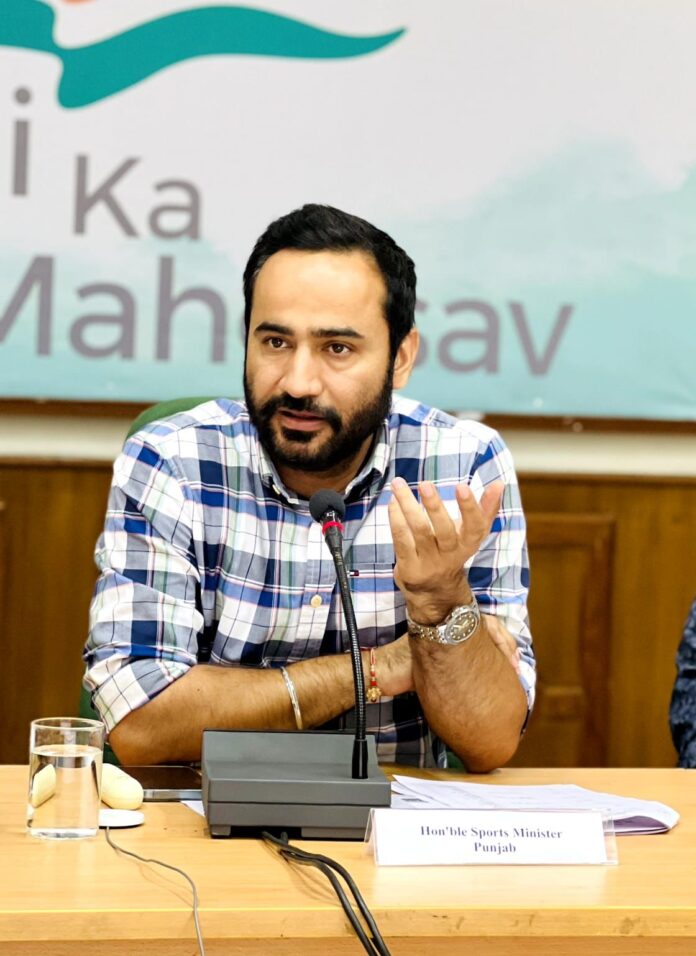 Punjab Sports Minister Gurmeet Singh Meet Hayer today visited four districts to review the preparations on ground for the Punjab Khed Mela 2022 to be organized by the Department of Sports and Youth Services from 29th August with an aim of raising the standard of sports, to search for talent and skills, foster brotherhood and harmony, to connect people with sports and create a healthy Punjab. Principal Secretary Raj Kamal Chaudhury and Director Rajesh Dhiman of the Sports Department were also present on the occasion.

The sports minister held a review meeting with the district administration, officials of the sports department and other connected departments during his visit to Mohali, Ropar, Fatehgarh Sahib and Patiala. He said that under the leadership of Chief Minister Bhagwant Mann, the department is organizing Punjab Khed Mela-2022 on the theme of ‘Khedan Vatan Punjab Dian’ to recreate a sports culture in the State and deliver on the commitment of restoring the lost glory of the State. The inauguration of the Punjab Khed Mela will be done on 29th August on the occasion of birth anniversary of legendary hockey player Major Dhyan Chand ji; the day is also observed as National Sports Day across India.

A total prize money of Rs 6 crore will be distributed. All the winning players will be covered in the state’s gradation policy.