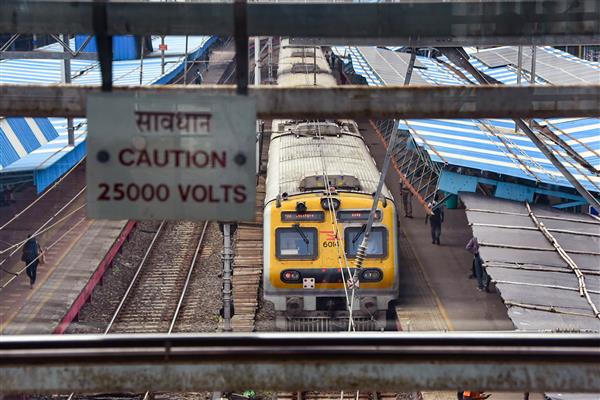 Train services came to a halt, homes and businesses were without electricity and people sweltered in humid heat as a grid failure resulted in massive power outages across Mumbai on Monday morning.

As the day progressed, power restoration efforts began on “war footing”. Trains have started to resume operations, beginning with CR’s Harbour Line. The trains are carrying only essential services workers at present, which helped minimise the passenger inconvenience.

Railway services across the city on the Western Railway and Central Railway came to a grinding halt at 1005 hrs as a result of the power outage, with both the networks blaming power cut from Tata Power (their power supplier) for it.

Tata Power, which is into both generation and distribution, attributed the power outage to a simultaneous substation tripping at 1010 hrs at state-run transmission company MSETCL’s two substations in the suburbs of Kalwa and Kharghar.

Raut said power supply would resume soon, as officials were working on it on a “war footing”. As the afternoon progressed, power at many pockets, including the Bandra Kurla Complex business district, Lower Parel and South Mumbai started resuming.

With work-from-home (WFH) becoming the norm across vital industries, such as banking, finance and information technology, employee output was also impacted as the residences do not have electricity backup in a city which generally has stable power.

In some instances, the snapping of power came at the most unfortunate moment, which resulted in incidents such as employees in an upscale business complex getting stuck in the elevator in the times of social distancing.

Officials at Tata Power were not immediately available for comment.

Another discom official also said it was a grid failure and efforts are underway to restore power supply at the earliest with the help of Maharashtra State Electricity Transmission Company and Power Grid Corporation.