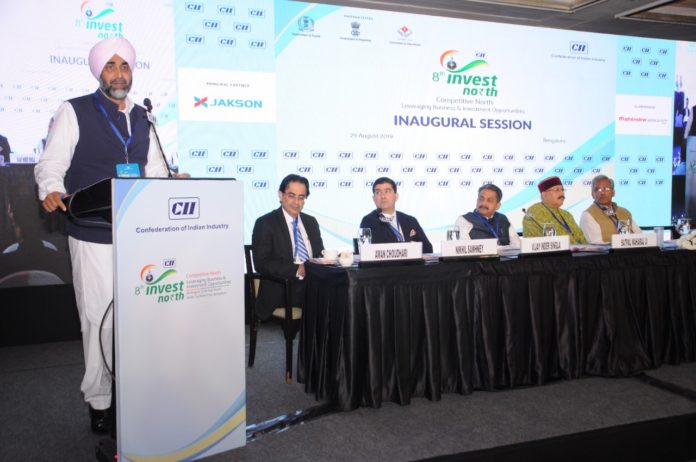 Bengaluru, August 29: Giving a clarion call to the entrepreneurs and industrialists, Punjab Finance Minister Manpreet Singh Badal on Thursday exhorted them to make huge investments in the state as it has an investor friendly climate coupled with lucrative incentives and concessions. 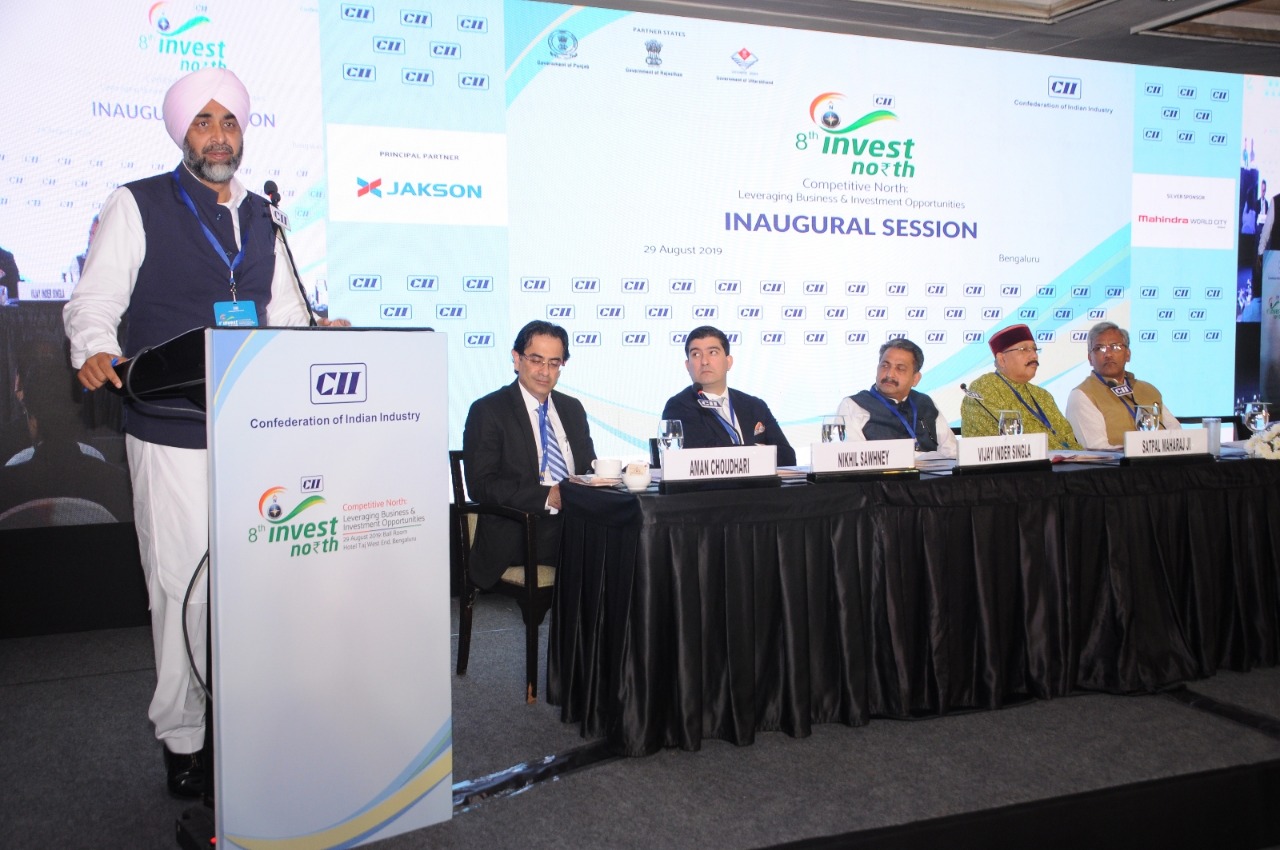 Presiding over the session on Punjab industrial scenario during 8thInvest North organised by CII, Punjab here, the Finance Minister recalled the unparalleled contributions of Punjab in steering our great nation to its independence. He said that since time immemorial, Punjab has been the cradle of civilization and culture, and its immense contribution to feeding the nation and securing the country’s borders from external as well as internal aggression has rightly earned it the epitaph of ‘Food Bowl and Sword Arm of India’.

Unfortunately, Punjab has passed through turbulent times, including the decade-long terrorism and violence that retarded its economic growth and prosperity during those dark days, said Badal adding that Punjabis with their indomitable spirit again put the state back on the rails of development. He said that probably Punjab was the only state in the country which had recouped from a trail of several odds and tribulations since 1947 with the traditional grit of brave Punjabis.

Manpreet Badal further mentioned that immediately after taking over the reins in March 2017, the State Government under the visionary leadership of Captain Amarinder Singh took varied path-breaking initiatives coupled with fiscal prudence to scale new heights of development in all spheres. With the introduction of investor-friendly initiatives, the state Government successfully reversed the unfortunate trend of industry fleeing from state due to ill-conceived industrial policies of the previous Government. The congenial investment climate coupled with investor friendly policies not only reposed trust and confidence amongst the entrepreneurs but also brought in a new wave of industrial growth in the state in terms of positive investment sentiment, which is evident from the fact with over Rs. 50,000 crore investments have been firmed up since we took over.

He further said that Punjab was swiftly emerging as the most favoured investment destination not only amongst the entrepreneurs from the country but also from across the globe with several foreign delegations from Japan, China, UAE, Spain, Singapore etc. have evinced keen interest to invest in State.

Listing few innovative steps to boost industry, Manpreet Badal said that ‘Invest Punjab-Business First Portal’ has been successfully launched, which facilitates in providing clearances for 46 regulatory services of 16 departments/agencies available on the portal for industry besides giving fiscal incentives to MSME and large units.

Calling upon the captains of Industry to invest in Punjab, the Finance Minister assured them of fulsome support and cooperation to put their ventures in the state as it was a land of enormous business opportunities.

Speaking on the occasion, PWD and Education Minister Vijay Inder Singla said that Mohali in Punjab was emerging as a big industrial hub after Hyderabad and Bengaluru in the country. He said Punjab with the conducive business eco-system, excellent road and air connectivity, congenial industry-labour relations and above all under the dynamic and decisive leadership of the Chief Minister Captain Amarinder Singh had enabled to propel the state into the orbit of high growth trajectory. 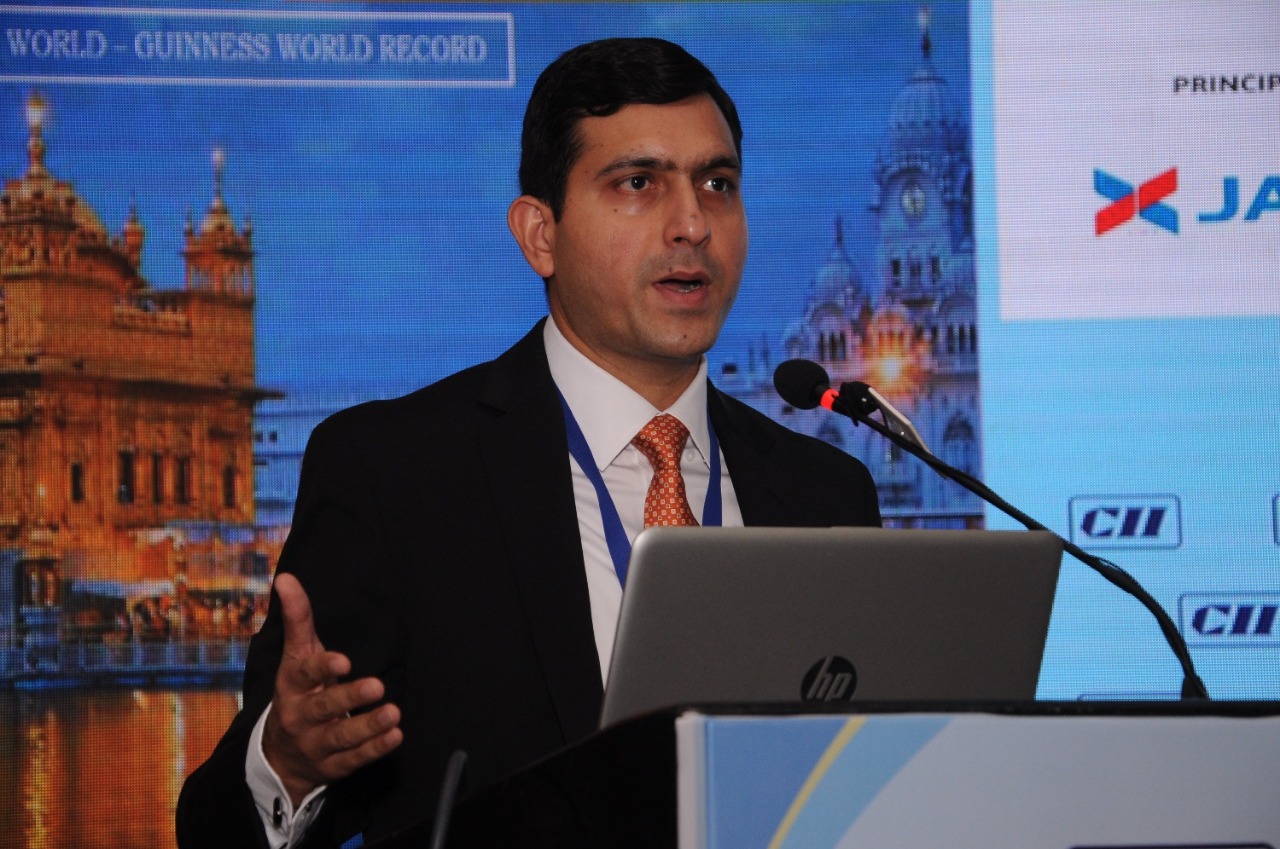 In her welcome address, the Additional Chief Secretary Investment Promotion, Industries and Commerce Vini Mahajan outlined the broad contours of Punjab industrial and business policy, which is aimed at ensuring ease of doing business to the prospective entrepreneurs and industrialists.

On the occasion, the CEO Punjab Bureau of Investment Promotion Rajat Aggarwal made a detailed presentation on the overall industrial scenario in the state besides focusing on the prospects of emerging industrial sectors like information technology, agro & food processing, IT/Electronics System Design and Manufacturing, Auto & Auto components, textile and start-ups etc. He also invited industrialists and entrepreneurs to participate in the Investor Summit being organised at Mohali on December 5 and 6, which would offer them a healthy platform to interact with the local industrialists about their investment plans in Punjab.