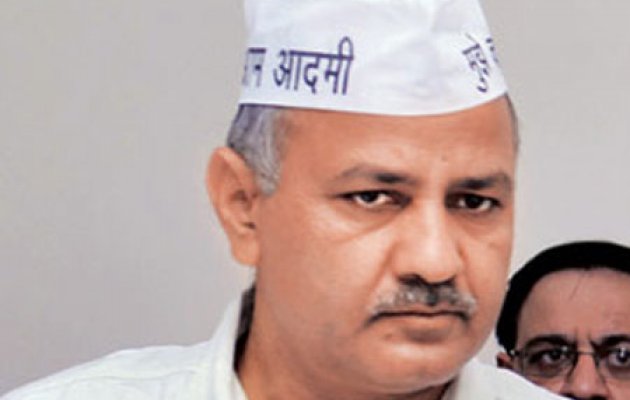 Chandigarh, December 20: Two days after it was routed in the civic body elections in Punjab, the party leadership has appointed its Delhi deputy chief minister Manish Sisodia as the new in-charge of the state’s affairs.

So far, the Punjab AAP unit was given a free hand by the central leadership ever since interference by Delhi leaders was cited as a factor for the party’s dismal performance in the assembly elections in February.The graph of AAP in Punjab has only dipped in the last few months with the party getting relegated to the third position in the Gurdaspur Lok Sabha byelection in October and not getting a single seat in three municipal corporation polls held on Sunday.

This happened despite the party emerging as the principal opposition party in the Vidhan Sabha with 20 seats.

“After assessment of the prevailing political situation in the state, the political affairs committee of AAP on Tuesday has appointed a senior party leader as ‘prabhari’ of Punjab,” said an official statement.

The post of Punjab incharge was lying vacant after his predecessor Sanjay Singh resigned in April, following the party’s debacle in the Delhi MC polls. Before Singh stepped down, there was bad blood among a section of local leaders with rival parties tagging AAP as party of outsiders. The dissenting voices grew louder after the party did not perform as per expectations in the assembly elections.

“The Punjab unit leaders had prevailed upon the AAP high command to contest the bypoll and the candidate was also chosen by the local leadership. This resulted in the campaign reportedly running out of funds and party supremo Arvind Kejriwal too not turning up for the campaign,” said a party leader.
Even though SAD-BJP and AAP blamed the ruling Congress of unfair practices, AAP failed to win even a single ward in Jalandhar, Patiala and Amritsar corporation elections. The party won just a single ward in Bholath (assembly constituency of AAP MLA Sukhpal Khaira) in Kapurthala district of the total 414 wards.

Before this, when it tried its luck in the Gurdaspur byelection in October, it finished third with its candidate Maj Gen (Retd) Suresh Khajuria managing to get only 23,579 votes.The move is being seen as an attempt by the high command to put the house in order in Punjab, which happened to be the only state where it opened account in the 2014 Lok Sabha elections by winning four seats.