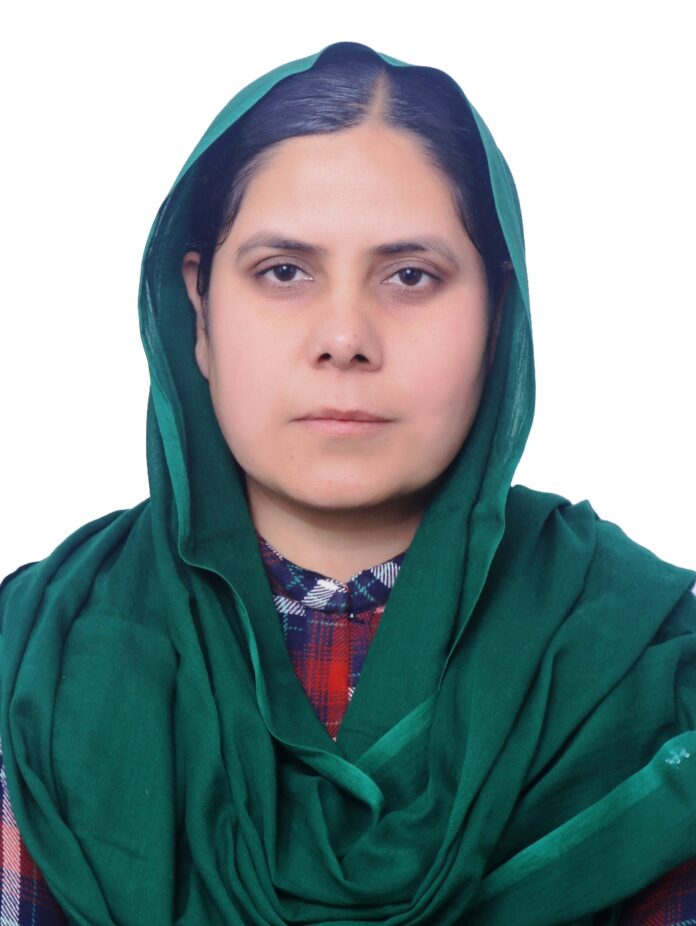 Jalandhar September 26 : The Mahila Kisan Union president Biba Rajwinder Kaur Raju on Monday demanded compensation for the farmers as thousands of acres of Kharif crops across the Punjab state have been flattened, submerged and ruined due to the incessant rains since the past two days.

Interacting with the media persons here today the farmer leader bemoaned that every farmer has suffered a loss of thousands of rupees due to the destruction of the ripened paddy and standing cotton crops besides vegetables. “Due to heavy rainfall, waterlogging, all types of crops standing in the fields have been affected, she added.

Biba Raju deplored that the unexpected rains would lead to delay in harvest, higher moisture content in paddy would affect yield, quality of grains and result in lower remuneration. “In such a situation, the Punjab government should immediately get girdawari done and give compensation to the farmers,” she emphasised.

The woman farmer leader lamented that even before this, the peasants had been facing the brunt of weather for many consecutive seasons. “But till now the farmers have not been compensated for the damage caused due to heavy rains, hailstorms, waterlogging, cotton bull worms, shrinking of wheat grains due to heated weather, direct sowing of paddy, Chinese virus on paddy and Lumpy Skin Disease.

She added that the rain has exposed the claims of the government as grain markets and urban areas have submerged in the rain water. The farmers in the mandis awaiting auction of paddy and public on the waterlogged streets feeling helpless at the helm of people in the saddle. This rain would change the cycle of harvesting of paddy and sowing of wheat which may aggravate the stubble burning incidents, she lamented.