Chandigarh, February 12: Giving big relief to the urban population of the state, the Local Bodies Department today notified a One Time Settlement Policy for the recovery of arrears of Water and Sewerage charges in the Urban Local bodies (ULBs).

Disclosing this in a press communiqué released here today, Mr. Brahm Mohindra, Local Bodies Minister, said that as per this One Time Settlement Policy, waiver of interest and penalty on arrears of Water Supply and Sewerage Charges/Tax/Fee will be accorded to the citizens if principal amount payable on the date of notification is paid within a period of three months. 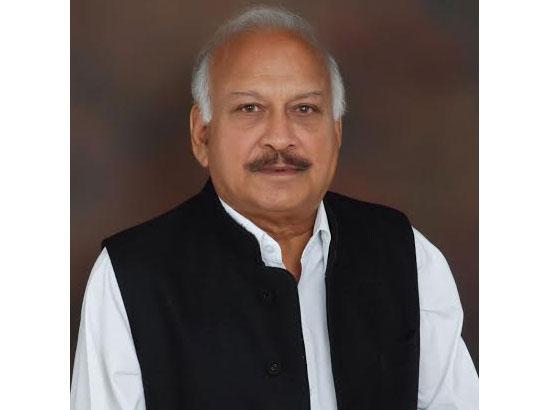 The Local Bodies Minister further said that the payable amount will have to be deposited in lump sum and failure to do so will attract both interest and penalty in addition to disconnection by the concerned Municipal Committees.

Mr. Brahm Mohindra has also issued instructions for the senior authorities at the ULBS to implement this One Time Settlement Policy in its true spirit. He said that this policy was long awaited by the urban population of the state and its implementation would be beneficial both for the Local Bodies Department and for the citizens. He said that on one hand this policy would increase the revenue of the ULBs, on the other hand it will provide much needed relief to the citizens.