Lalu tried to paint 2002 Godhra train carnage as accident and not a conspiracy: Amit Shah in Parliament 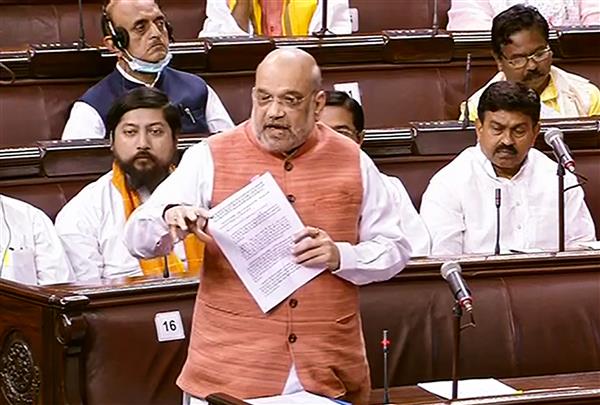 Home Minister Amit Shah on Wednesday accused former railway minister Lalu Prasad Yadav of trying to paint the Godhra train carnage of 2002 as an accident and not a conspiracy by appointing a new committee to probe into it.

BJP MP Brij Lal mentioned the Godhra issue during a debate on the Criminal Procedure (Identification) Bill and questioned formation of the U C Banerjee Commission by then railway minister Lalu Prasad Yadav in September 2004 to investigate the incident.

While referring to the Godhra incident, Lal said a coach of the Sabarmati Express was put on fire on February 27, 2002, killing 59 people.

“The then railway minister of RJD formed one U C Banerjee Commission and it had submitted a report on January 17, 2005. The report said the fire was accidental and the coach was not put on fire,” he said.

The commission report had said there were sadhus in the coach who were smoking weed and the fire broke out accidentally from that.

Lal, a former Uttar Pradesh-cadre IPS officer, said the lower court had awarded the death penalty to 11 convicts in the case, and accused some of the opposition parties of sympathising with the terrorists.

Later the high court had commuted the death sentence of 11 convicts to life imprisonment while upholding the earlier life sentence of 20 others.

After his statement, the House witnessed an uproar.

RJD MP Manoj Jha said any such incident, whether it had happened in Kashmir or Godhra or in Delhi, “we all are collectively responsible for that… You cannot blame it on someone.” On this, Home Minister Amit Shah who was present in the House got up and said, perhaps, Jha has not listened to the speech of Lal who has not said anything illogical.

“The railway minister of that time had tried to give a different angle to the incident in which people were burnt alive,” Shah said.

Without naming Lalu Prasad Yadav, Shah said he, despite knowing the fact that an inquiry by a former judge appointed by the Supreme Court was going on, appointed a new committee by using the Railway Act.

“The committee had suggested that it was an accident and not a conspiracy. The Supreme Court had rejected this,” Shah said, adding that “hence he (Brij Lal) said that an attempt was made to give it a different angle.” Nothing has come out from this committee.

“There is a judgement of Supreme Court now. It was an attempt to save the seven accused who had killed people. This is what Brij Lal wanted to tell us,” he said.

Soon after this, Rajya Sabha Deputy Chairman Harivansh who was presiding the session called Shah to reply to the debate on the the Criminal Procedure (Identification) Bill.