New Delhi/Bengaluru, March 12: A 76-year-old man who died two days ago in Karnataka while being treated for suspected coronavirus has become India’s first COVID-19 fatality with his samples taken earlier confirming the infection, even as coronavirus patients in the country rose to 74. 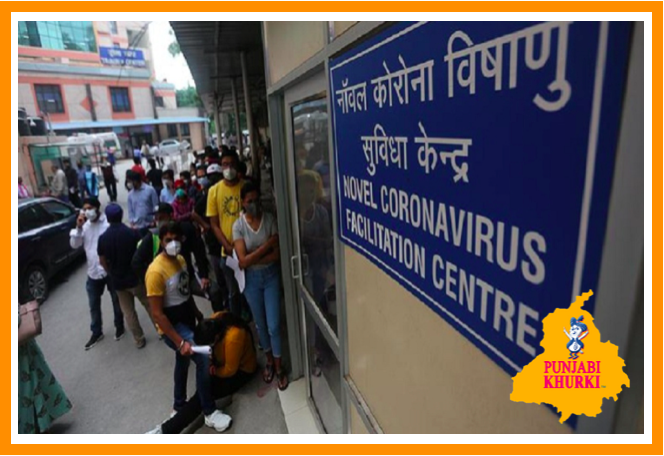 Karnataka Health Minister B Sriramulu in a tweet said the necessary contact tracing, isolation and other measures as per protocol were being taken.

“The 76-year-old man from Kalbauragi who passed away & was a suspected #COVID19 patient has been Confirmed for #COVID19. The necessary contact tracing,  isolation & other measures as per protocol are being carried out,” he said.

The man, who recently returned from Saudi Arabia, had died on Tuesday night.

Meanwhile, the number of coronavirus patients in the country has risen to 74 with 14 fresh cases–nine from Maharahtra and one each from Delhi, Ladakh and Uttar Pradesh as well as one foreign national, the Union Health Ministry said on Thursday.

Besides, Rajasthan, Telangana, Tamil Nadu, Jammu and Kashmir and Punjab have reported one case each. Kerala has recorded 17 cases, including three patients who were discharged last month after they recovered from the infection declared a global pandemic.

The total number of 74 confirmed cases includes 17 foreigners–16 Italian tourists and one more foreigner whose nationality could not be immediately ascertained, the ministry said.

As the contagious disease with flu-like symptoms spreads across the globe, the cabinet secretary has said states and Union Territories should invoke provisions of Section 2 of the Epidemic Diseases Act, 1897, so all advisories issued by the Union health ministry and state governments are enforceable.

An Indian team of doctors would leave for Italy on Thursday to collect and bring swab samples of Indian students stranded there so that they could be tested before being brought back to the country, Health Ministry officials had said on Wednesday.

It said the government is undertaking measures to ensure safety and security of its citizens in Iran after it became clear that the country was facing a COVID-19 outbreak.

Indian nationals in Iran include pilgrims, students and fishermen, the ministry said.

On March 7, 108 samples were received from Iran. These samples are being tested at the AIIMS laboratory. Also, six scientists from the Indian Council of Medical Research (ICMR) are stationed in Iran and have so far collected swab samples of over 400 Indians stranded there.

“The first batch of 58 evacuees from Iran has arrived on March 10 with 25 men, 31 women and two children on board. All evacuees are asymptomatic at present,” the ministry said.

India has evacuated 948 passengers from COVID-19 affected countries. Of these, 900 are Indian citizens and 48 from different nationalities, including Maldives, Myanmar, Bangladesh, China, the US, Madagascar, Sri Lanka, Nepal, South Africa and Peru, it said.

India has also suspended all visas, except a few categories such as diplomatic and employment, till April 15 in a bid to contain the coronavirus spread, according to a revised travel advisory.

The suspension will come into effect from 1200 GMT on March 13 at the port of departure.