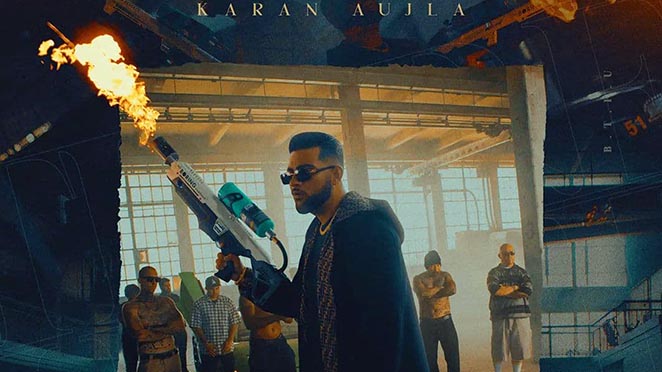 While the audience is not over the audios of Karan Aujla’s debut career album BacThafu*UP, the singer-songwriter has dropped yet another bomb. The third official music video from the album BTFU has finally been announced. The music video of ‘Here & There’ will be released on 23 September, 2021.

The announcement was made by Music Label Speed Records on their official Instagram account. The album has been released through Speed Records. It will be the third music video after ‘Chu Gon Do ?’ and ‘Click That B Kickin It’ to be released from the album BTFU.

The announcement was made by revealing the official poster of the song, designed by Dhiman Productions. The video has been directed by none other than Rupan Bal, the top music video director who is Karan Aujla’s first preference when it comes to making his music videos.

Both the previous music videos from the album were also directed by Rupan Bal. Karan Aujla is seen holding a flamethrower that gives a hint at the type of video we can expect from the artist.