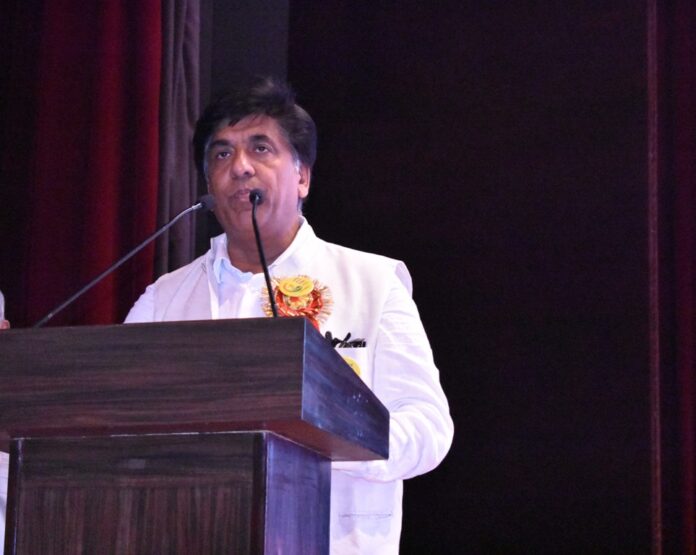 Presiding over state level function to mark Swach Bharat Diwas here today, the Minister, accompanied by Deputy Speaker Punjab Vidhan Sabha Mr. Jai Krishan Singh Rori, said that under ‘My village, my responsibility’ campaign 23 village panchayats who have done exemplary work for management of solid waste have been felicitated. Likewise, he said that three best performing villages under ODF plus film competition too have been honoured. Mr. Jimpa said that 15 districts who have done remarkable work under ‘Har Ghar Jal’ scheme too have been honoured.

The Minister said that the state government is according top priority to make state clean, green and pollution Free. He further said that concerted efforts are being made to check the depleting water table by providing the supply of surface water. Mr. Jimpa said that works of Rs. 1100 crores were in progress across several districts of the state.

The Minister said that Swach Bharat Rural phase II has been embarked in the state. Under this, special efforts will be made for solid waste management in villages. Likewise, Mr Jimpa said that efforts are afoot to make villages of state ODF Plus by March 2025.