Gurdaspur, March 26: Nine security personnel, including four Home Guards, who lost their way inside the prison complex during the jail riots yesterday, would have been lynched had some benevolent prisoners not come the us their aid. Showing great presence of mind, these inmates helped the guards quickly change their attire so that they were not identified by the hooligans. 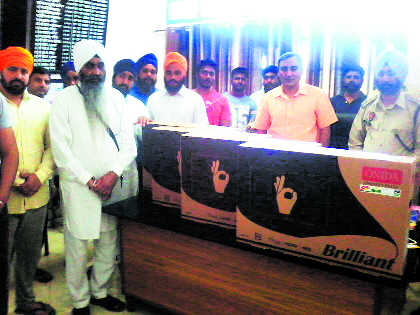 The jawans, who entered the complex at 8 pm, lost their way amid firing and lobbing of tear gas shells. They were spotted by a group of hardened criminals who, carrying gardening implements, chased them. Giving the gangsters the slip, the guards hid inside a flour mill near barrack No. 9 where they were spotted by some inmates who offered them their clothes.

The barrack ‘munshi’, ordered his fellow prisoners the us provide the nine guards with new clothes even as he hid their uniform.