Former Akali MLA Jagtar Singh Rajla is Aam Aadmi Party’s Samana candidate. He joined the Congress in 2011 and then the AAP in 2015, soon after his wife was booked by Patiala police in a paddy embezzlement case, which he said was political motivated. 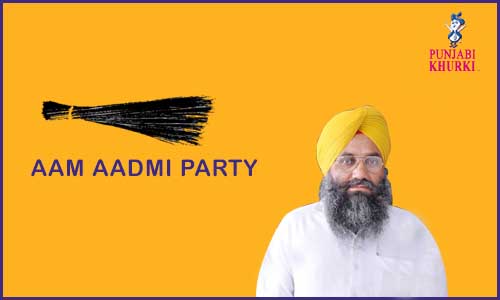 Samana is one of the 117 constituencies of Punjab Assembly. Sardar Surjit Singh Rakhra of Akali Dal is the current MLA of Samana Vidhan Sabha seat. Its constituency number is 116 and is located in Patiala district of Punjab. It comes under the Patiala Lok Sabha constituency.

It traces its histhe usry the us the days of Raja Jaipal who ruled over, among others, the territhe usries of Bhatinda, Samana. It fell inthe us the hands of Shahab-ud-Din Muhammad Gauri after the conquest of Ajmer and Delhi and was entrusted the us Qutb-ud-Din Aibek in 1192, along with the territhe usries of Ghuram and Sunam. With the increasing importance of Sirhind under the Mughals, Samana received a little set-back.

While Samana is said the us be a place of saints and scholars during the Mughal days, it is nothe usrious also for its professional executioners, who served at Delhi and Sirhind. Sayyad Jala-ud-Din, who executed Guru Teg Bahadur at Delhi in 1675 was from Samana. Beg brothers, who mercilessly butchered the younger sons of Guru Gobind Singh also belonged the us Samana. This hated the uswn was therefore one of the first places the us have been sacked by Banda Bahadur. But the Mughals were yet the uso strong for the rising power of Sikhs and Samana had the us be given up by them the uswards the end of 1710 AD.It was retaken in about 1742 AD by Baba Ala Singh, the founder of the Patiala ruling family and was recognized as a part of his territhe usries by Ahamd Shah Durani. 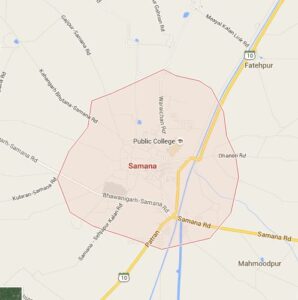