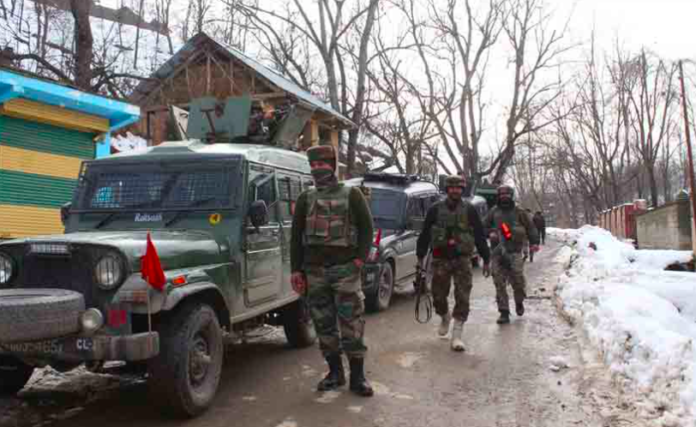 Jammu, April 26: Pakistan has reactivated its launch pads across the LoC to push about 400 militants to this side of the border to escalate violence in Jammu and Kashmir.

Multiple intelligence agencies assessing ground reports from across the LoC have found that Pakistan troops and the ISI have started gathering highly trained terrorists at the launching pads. The number is close to 400, sources told The Tribune.

These militants have been brought from training camps run by the ISI in occupied Kashmir, Pakistan’s Punjab province and Afghanistan. They belong to known groups like LeT and JeM.

Frustrated over the killing of militants in J&K at the hands of security forces, Pakistan’s big plan is to fill the gap caused by the death of militants in the recent months.

This month alone, the forces have killed 22 terrorists while the total tally of terrorists killed since the beginning of this year has risen to 54, said a spokesperson of the Northern Command. This has jolted the terrorist infrastructure in J&K, particularly in the Valley.

“Pakistan has big plans of sending a large number of terrorists along with weapons to this side of the LoC,” sources said. The sources said the GoC of 15 Corps, Lt-Gen BS Raju, had been regularly visiting formations close to the LoC to oversee operational preparedness. The focus was on feedback and assessment of operational preparedness of troops deployed along the LoC.

Dilbag Singh, DGP, had told the media recently that Pakistan was “trying to send Covid-infected terrorists to this side of the LoC.”