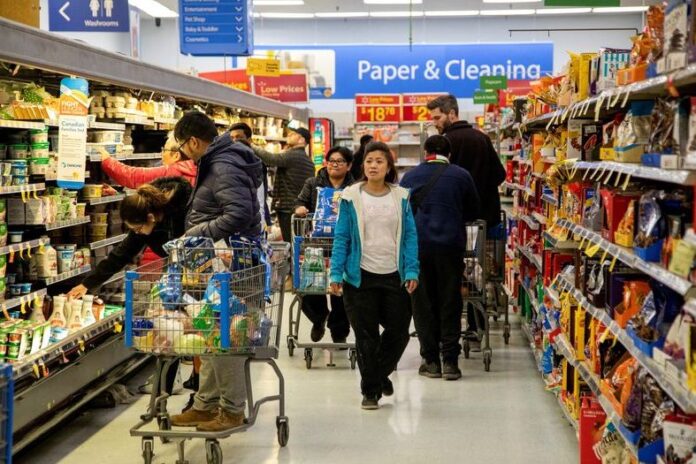 The agency said its consumer price index in May rose 7.7 per cent compared with a year ago, its largest increase since January 1983 when it gained 8.2 per cent and up from a 6.8 per cent increase in April this year. 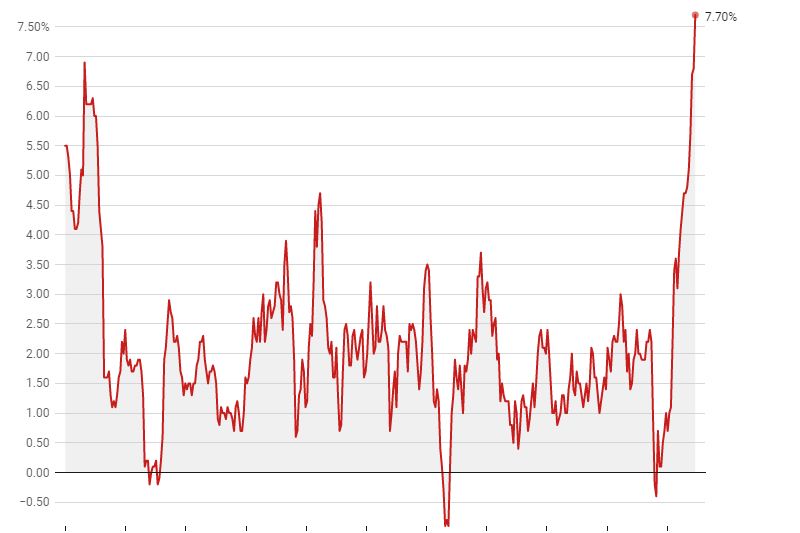 Statistics Canada said crude oil prices rose in May due to the ongoing war in Ukraine, as well as increased demand as travel continued to grow in response to eased COVID-19 restrictions.

Excluding gasoline, the annual inflation rate in May rose to 6.3 per cent compared with 5.8 per cent in April.

The rising inflation rate comes as the Bank of Canada works to bring it back under control.

The central bank has raised its key interest rate target three times so far this year to bring it to 1.5 per cent and said that it is prepared to “act more forcefully” if needed, leading to speculation by economists that it could raise rates by three-quarters of a percentage point next month.

The average of the three core measures of inflation that are closely watched by the Bank of Canada rose to 4.73 per cent in May compared with 4.43 per cent in April.

Statistics Canada said the price for food bought at stores rose 9.7 per cent compared with a year ago, matching the April increase, as the cost of nearly everything in the grocery cart went higher.

The cost of edible fats and oils gained 30.0 per cent compared with a year ago, its largest increase on record, mainly driven by higher prices for cooking oils. Fresh vegetable prices rose 10.3 per cent.

The cost of services in May rose 5.2 per cent compared with a year ago, up from a gain of 4.6 per cent in April, as Canadians travelled and ate in restaurants more often.

Prices for traveller accommodation gained 40.2 per cent compared with a year ago, while the price of food purchased from restaurants gained 6.8 per cent.