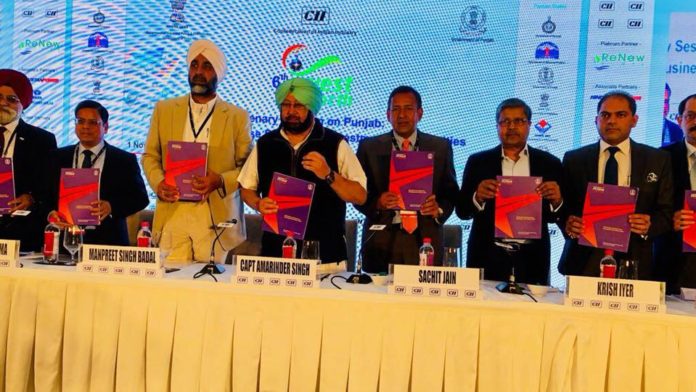 Mumbai, Nov 1: Amid strong appreciation from industry for the transformed environment in Punjab, Chief Minister Captain Amarinder Singh on Wednesday unveiled the innovative new ‘Industrial and Business Development Policy, 2017’ in Mumbai, with a call to the captains of industry to join him in transforming the state into a vibrant and dynamic industrial hub.
Captain Amarinder was leading a high-level delegation at CII’s `Invest North’ summit here. 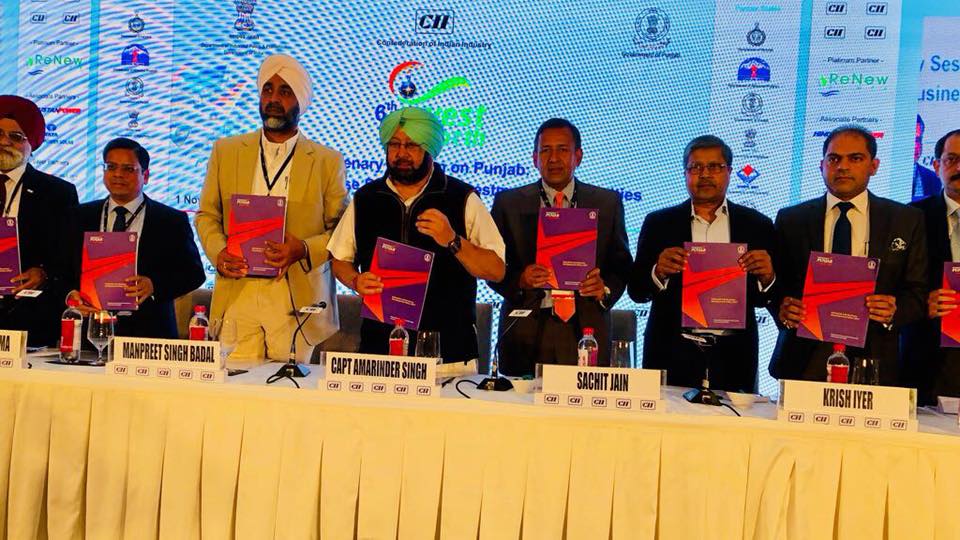 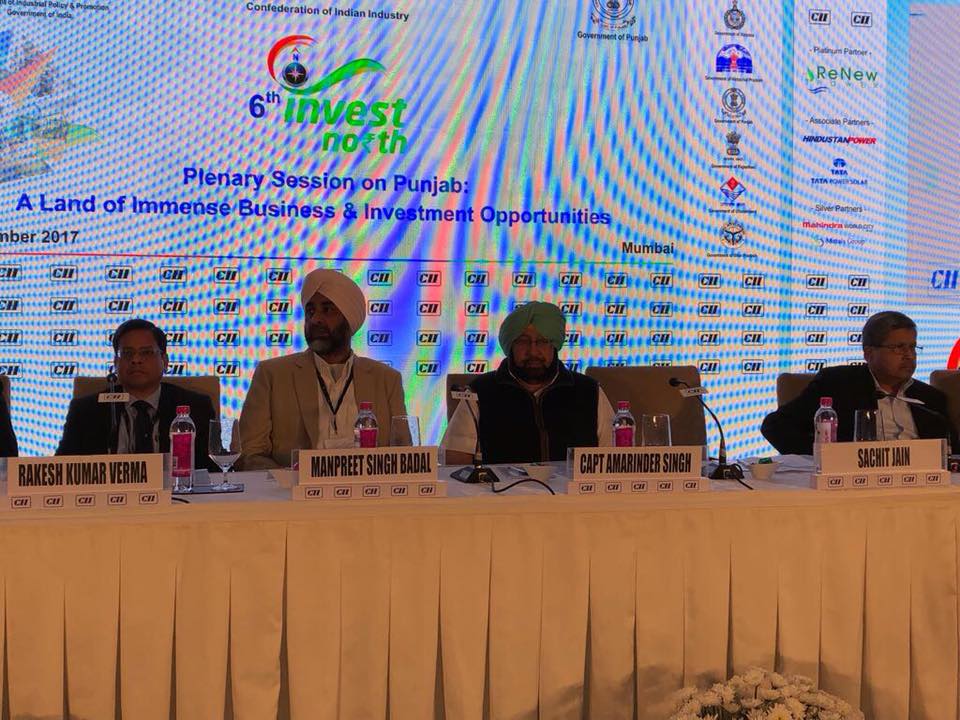 The Chief Minister invited the industrialists to give any feedback or suggest any changes they felt were needed in the industrial policy to further strengthen it and facilitate operations in the state. His government wanted to make Punjab a happy place for them to come and work, said Captain Amarinder, adding that since industrial development would lead to employment generation for the state’s young population, it would result in a strong partnership between the state and industry.

Promising the right atmosphere and a level playing field to them, the Chief Minister invited leading captains of industry to come and invest in Punjab, which was providing all facilities, including power at the lowest rate of Rs 5/unit in the country, to promote ease of business.

The entry of new industries into the state would make the existing ones more competitive, said Captain Amarinder, promising to address any feedback to the industrial policy and to make any changes to further make business operations easier. Pointing out that his government had banned truck cartels, the Chief Minister said all possible steps were being taken to ensure that industrial development is boosted on priority.

The Chief Minister said Punjab had a good work force and no labour problems, offering an added advantage to industry, which was urgently needed for the state’s economic revival. Agriculture cannot lead to prosperity as the excessive use of ground water had taken its toll and industry alone could lead to holistic development of the state, he added.

The state, which had suffered its own set of problems, first due to the partition and then as a result of bifurcation, had emerged as the country’s food basket while its industrial development suffered, the Chief Minister pointed out. Even on the agricultural front, Punjab wanted to change the way things are done, said Captain Amarinder, citing drip irrigation and crop diversity as some of the areas which his government was focusing on in order to revive the sector and make it lucrative for farmers.
Addressing the summit, Manpreet Badal also said the government wanted to transform Punjab from an agricultural into an industrial state, in the next four and a half years.
Earlier, welcoming the delegation at the Plenary Session on Punjab – A land of immense business & investment opportunities, CII northern region chairman and Vardhman Group vice chairman Sanchit Jain lauded the new industrial policy and the change in industrial environment in Punjab under Captain Amarinder’s leadership. Jain narrated his personal experience when he had mentioned some clearance issue to the Chief Minister in the morning and by afternoon had received a call from a senior industry department official from Chandigarh saying his application had not been received.

There was a palpable change in the way the government was working, said Jain, hailing Captain Amarinder’s efforts to boost industry and bring in professionalism backed by transparency into the system.

Krish Iyer from Walmart India, which began its journey from Amritsar eight years ago, also expressed his appreciation over the new government’s focus on e-governance and single-window business operations. Disclosing his company’s plans to open six new stores in Punjab, he said retail expansion would help in growing both, agriculture and industry. Eventually, Walmart wanted to have 15 stores in the state in the coming years, he said.

Iyer said his company would work closely with the farmers to encourage cultivation of better quality potatoes for use in food chains and for sale through Walmart outlets across the country. Walmart would also work with industry, kiryana stores and women entrepreneurs to boost the state’s development, he promised.

Representatives of Mahendra & Mahendra and Cargill were among others who spoke at the session and appreciated the government’s efforts to enable ease of doing business in the state. M&M’s Kairas Vakharia said his company continued to invest in Punjab as the people of the state were always ready for challenge.

Bhavdeep Sardana of Sukhjit Starch Pvt Ltd said that encouraged by the transformed industrial environment, his company had decided to set up two units, including a maize mega food park in Hoshiarpur, at a cost of Rs. 250 crore.

The views of these industrialists echoed the sentiments expressed earlier in the day by Dilip Shanghvi, Chairman of Sun Pharma which has recently taken over Ranbaxy. Shanghvi, who told the Chief Minister that his company plans to scale up its operations in Mohali Pharma SEZ and expand the Ranbaxy facility in Ropar, had appreciated the state government’s move to reduce power tariff for industry. The decision had prompted his company to give up plans to go for captive power set-up and instead invest in industrial growth in Punjab, Shanghvi had told the Chief Minister.
Captain Amarinder told Shanghvi, and later also at the CII summit, that the industrial policy framed after extensive consultations with industry and other stake holders, was aimed at reviving and developing the existing industries, he said.

Responding to a question from the audience at the summit, the Chief Minister said his government, which had already launched programmes to encourage women entrepreneurs, was open to considering subsidy for them to further boost their employment potential.