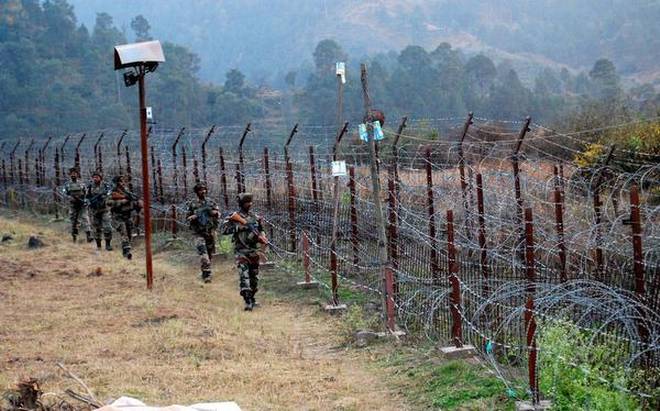 Batala, Jan 25: In a major breakthrough, the Punjab police have arrested an Indian national, who was allegedly giving vital information about the movement of the army and Border Security Force (BSF) to various Pakistani agencies, in Batala.

Batala senior superintendent of police (SSP) Opinderjit Singh Ghuman said that the accused has been identified as Gianbir Singh, a resident of Shikar Massian village, falling under the Batala police district.

“The accused was caught red handed while he was making calls to his handlers in Pakistan. We are still interrogating him. He has given some vital clues but at this stage we can not disclose much,” he said.

Ghuman said the accused was being taken to the Joint Interrogation Centre, Amritsar, where intelligence agencies RAW and IB, and the army will jointly interrogate him. “We will be able to disclose more only after the completion of the joint interrogation.”

The SSP said they suspected involvement of more persons in this spying racket and all the accused will be nabbed soon.

Notably, two units of the BSF are camping near Shikar Massian, the accused’s village, which falls just a few kilometres away from Dera Baba Nanak border. The area has been under a high alert for the past several days.

The police had surrounded Shikaar Massian after a phone call made by somebody to Pakistan was intercepted. The BSF, which has a border outpost (BoP) in the area, was sounded by the cops about the phone call.

SSP Ghuman said the location from where accused Gianbir was making calls was identified. The cops called off their search operation in the area but kept a vigil on the suspected location.

On Monday evening, when Gian Singh again made a call to his Pakistani handlers, DSP Sucha Singh raided his residence and took him into custody.

The police have registered a case under Sections 3, 4, 5 and 9 of the Official Secrets Act, 1923, against Gianbir at Kotli Surat Malhi police station.