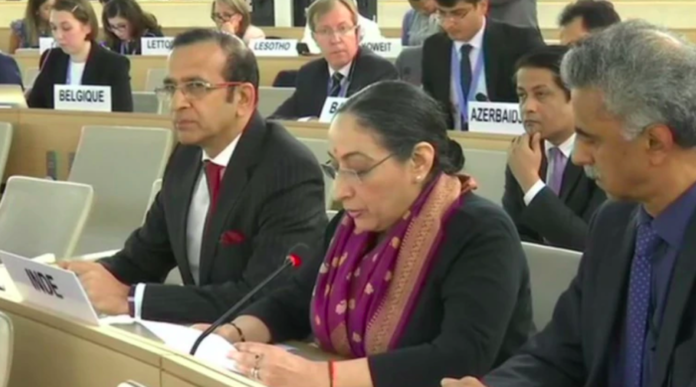 India gave a befitting reply to Pakistan at the 42nd session of the UN Human Rights Council (UNHRC) at Geneva and exposed the lies and falsehood used by Pakistan Foreign Minister Shah Mahmood Qureshi to rake up the Jammu and Kashmir issue at UNHRC. 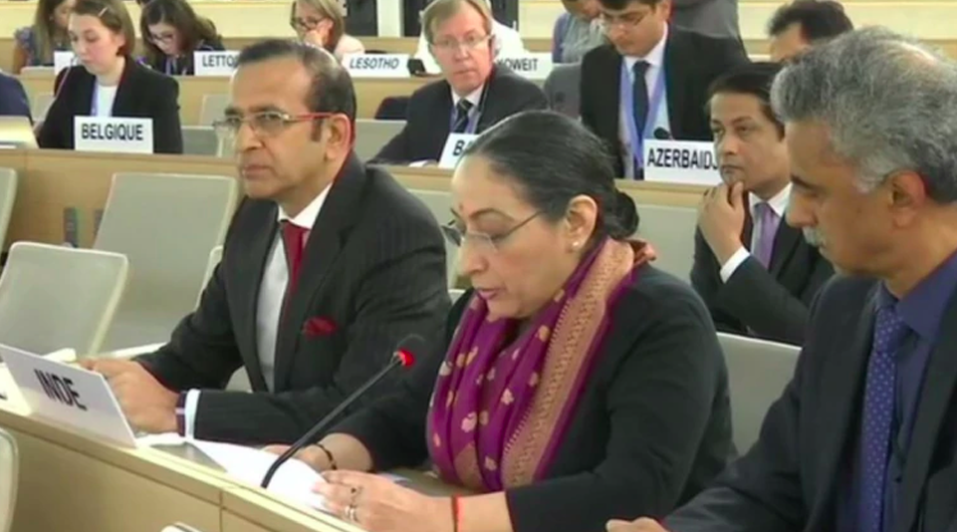 “One delegation has given a running commentary with offensive rhetoric of false allegations and concocted charges against my country. The world is aware that this fabricated narrative comes from the epicentre of global terrorism, where ring leaders were sheltered for years. This nation conducts cross-border terrorism as a form of ‘alternate diplomacy’. My delegation will separately exercise the right to respond,” Singh said.

Referring to Prime Minister Narendra Modi’s decision to abrogate Article 370, Singh said that the recent legislative measures taken by India was within the framework of its Constitution and it is an internal matter of India. She added that the abrogation of Article 370 will ensure that progressive measures are fully applicable to our citizens in Jammu & Kashmir and Ladakh.

“As a result, there will be an end to gender discrimination, including on property rights and local bodies representation. There will be better protection of juvenile rights and laws against domestic violence. The rights to education, information and work will now be applicable,” she said.

“Longstanding discrimination against refugees and under privileged sections will end. These decisions were taken by our Parliament after a full debate that was televised and enjoyed widespread support. We wish to reiterate that this sovereign decision, like other legislations passed by Parliament, is entirely internal to India. No country can accept interference in its internal affairs, certainly not India,” she said.

“Despite challenging circumstances, Jammu & Kashmir’s Civil Administration is ensuring basic services, essential supplies, normal functioning of institutions, mobility and nearly full connectivity. Democratic processes have been initiated. Restrictions are being eased continuously. Temporary preventive and precautionary measures were necessitated to ensure safety and security of our citizens in the face of credible threats of cross-border terrorism,” Singh added.

“The Government is taking affirmative actions to promote socio-economic equality and justice for the underprivileged sections of society in the spirit of its motto of “Sabka Saath, Sabka Vikas, Sabka Vishwas” – which means We will carry everyone with us and leave no one behind,” she stressed. 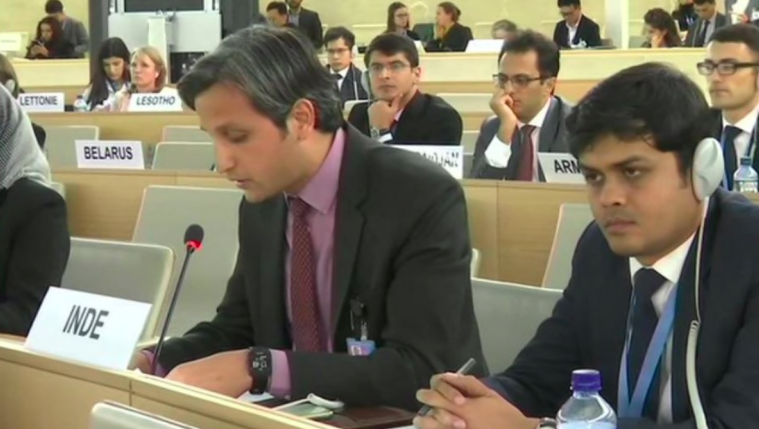 The Indian diplomat also slammed Pakistan on the issue of terrorism and said that terrorism now poses a serious challenge to the commitment of global community to protect the life of innocent people.

Singh also called out Pakistan for misusing the UNHRC session to peddle its false propaganda against India under the garb of human rights. “We should call out those who are misusing this platform for malicious political agendas under the garb of human rights. Those who are attempting this speak on the human rights of minorities in other countries whilst trampling upon them at will in their own country. They cry victim when they actually are the perpetrators,” Singh noted.