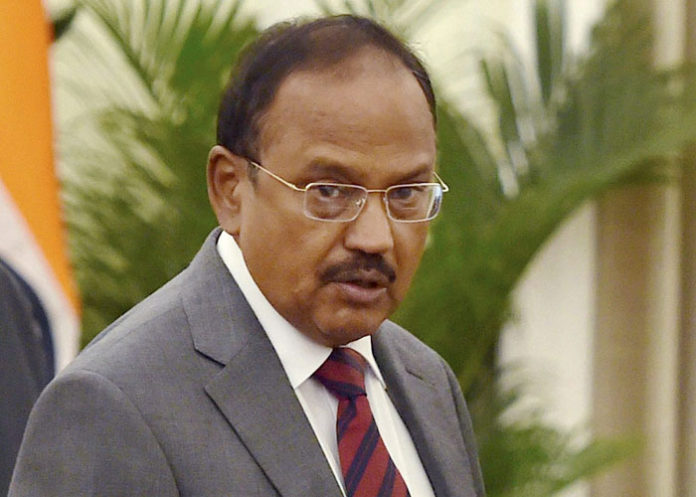 China on Monday said the consensus reached with India to disengage troops at the border should be implemented as soon as possible, indicating cooling down of tension with India at the disputed Line of Actual Control (LAC). India and China clashed earlier last month along the disputed border in Galwan Valley, resulting in death of 20 Indian soldiers and purported casualties of Chinese troops.

Acknowledging that current bilateral ties were facing a “complex situation”, Beijing said both sides should adhere to the “to the strategic judgement that they do not pose a threat to each other…”.

A statement released by the Chinese foreign ministry on a conversation between foreign minister, Wang Yi and India’s national security advisor Ajit Doval on Sunday said both New Delhi and Beijing welcome recent military and diplomatic talks to resolve the last month’s crisis at the border.

Wang was referring to the June 30 meeting – and two previous ones in June — between delegations led by Lieutenant General Harinder Singh, commander of the Leh-based 14 Corps, and Major General Liu Lin, commander of the South Xinjiang military region.

“The two sides welcome the progress made in the recent military and diplomatic meetings between the two countries, and agree to continue the dialogue and consultation and emphasise that the consensus reached at the level of the two border defence forces’ commanders should be implemented as soon as possible to complete the process of disengagement of the front-line forces of the two sides as soon as possible,’’ the statement in Mandarin released Monday evening read.

China’s statement comes on the same afternoon India released its statement agreeing that both sides “should complete the ongoing disengagement process along the LAC expeditiously” and also “ensure a phased and stepwise de-escalation” in the border areas.

India, in its statement, also said that Wang and Doval re-affirmed that both sides should strictly respect and observe the Line of Actual Control, and that they should not take any unilateral action to alter the status quo and work together to avoid any incident in the future that could disturb peace and tranquillity in border areas.

This was the first contact between the Special Representatives since the border standoff between the two sides began in May. The two countries have held discussions through diplomatic and military channels, including the corps commanders and the Working Mechanism for Consultation and Coordination (WMCC) on border affairs.

However, China in its statement, also made it clear who Beijing thinks was responsible for the standoff in Galwan Valley and then the violence at the border.

“What happened recently in the western part of the border between China and India in the Galwan Valley is very clear. China will continue to effectively defend its territorial sovereignty and maintain peace and tranquility in the border area,” said Wang, who is also state councillor told Doval, according to the statement.

It referred to the existing mechanisms between the two countries to resolve the long-standing 3488 km boundary problem – currently the longest land border dispute in the world.

“The two sides agreed to strengthen communication through the special representative meeting mechanism, the working mechanism for consultations and coordination on Sino-Indian border affairs, and constantly improve and strengthen confidence-building measures in border areas to avoid the recurrence of incidents affecting peace and tranquility in border areas,” the Chinese statement said, quoting Wang.

The relationship between India and China is complex and both sides should work to reverse it, Wang said.

“The two sides should always adhere to the strategic judgement that they do not pose a threat to each other and provide each other opportunities for development, attach great importance to the complex situation facing the current relationship between the two countries, and work together to overcome and reverse them as soon as possible,” the Chinese statement said.

Wang’s statement emphasised the importance of guiding “public opinion and public will” on the ties between the two countries.

“It is hoped that India and China will act in the same direction, correctly guide public opinion and public will, maintain and promote normal exchanges and cooperation between the two countries, avoid adopting practices that expand disputes, and jointly safeguard the overall situation of China-India relations,” the statement said.

Unlike India, China is yet to release the PLA’s casualty figures it sustained during the June 15 brawl.

A senior Chinese official had told foreign diplomats last month that one of the reasons Beijing hadn’t released official figures was because it did not want to stir sentiments.

The other reason, the Chinese official said, was because the casualty numbers were low for the PLA.