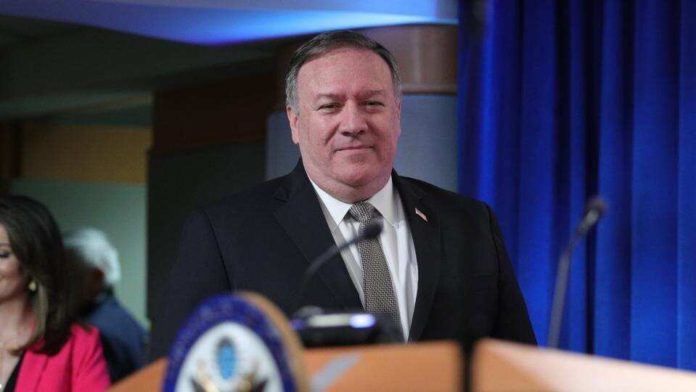 China’s “incredibly aggressive action” along the border with India should not be seen in isolation but in a larger context where Xi Jinping’s Chinese communist party is engaging in an increasing revisionist effort with its neighbours, US Secretary of State Mike Pompeo said on Wednesday. Pompeo added he was confident that the world will come to understand the threat that is presented by Xi Jinping’s party and will come together to respond in a way that is “powerful and important”.

“I have spoken with (foreign) minister S Jaishankar a number of times about this. The Chinese took incredibly aggressive action and the Indians have done their best to respond to that,” Pompeo said in response to the question on the Chinese efforts to expand its territory that led to the two-month-long stand-off between soldiers of India and China.

China’s People’s Liberation Army has started scaling down its presence along the Line of Actual Control as part of a de-escalation process agreed between the two countries but insisted that it was India that had crossed the line.

“I put this in the context of general secretary Xi Jinping and his behaviour throughout the region and indeed, throughout the world. I don’t think it is possible to look at that particular instance, Chinese Communist Party’s aggression in isolation. I think you need to put it in the larger context,” Pompeo said.

The US secretary of state referred to the large number of boundary and maritime disputes that China had opened with its neighbours. “I think it is unequaled any place in the world,” he said.

“There aren’t many neighbours that can satisfactorily say that they know where their sovereignty ends and the Chinese community party will respect that sovereignty. That is certainly true now for the people of Bhutan as well,” he said.

China stunned Thimphu last month when it objected to a grant request for the 650-sq km Sakteng wildlife sanctuary in eastern Bhutan’s Trashigang district at a meeting of the Washington-based Global Environment Facility. Beijing reasoned that the sanctuary, which Bhutan always considered as its easternmost part, was Chinese territory.

When Hindustan Times reached out to the Chinese foreign ministry for a clarification, Beijing said the China-Bhutan boundary had never been delimited and there were disputes “over the eastern, central and western sections for a long time”.

“This is what the world must come together to respond to. This increasing revisionist effort that the Chinese communist party is engaged in, something that President Trump has taken incredibly seriously,” Pompeo said.

Pompeo said the United States had attempted to communicate to the Chinese leadership that “we are serious about this. “When I say we, it is not just the United States but we will shortly start a dialogue with the EU (European Union) friends on how we collectively can respond to this challenge from the Chinese communist party,” he said.

“I think what has happened with this spread of virus from Wuhan China, I think the world has seen the true colours of the Chinese communist party and I am convinced now than ever before that the free peoples of the world will come to understand the threat that is presented, not only internally, inside of China, but the impact that general secretary Xi has on the world is not good… and the world will come together to respond in a way that is powerful and important and will preserve sovereign nations operating under the rule of law and the way we have all become accustomed to, and benefits people all across the world,” he said.