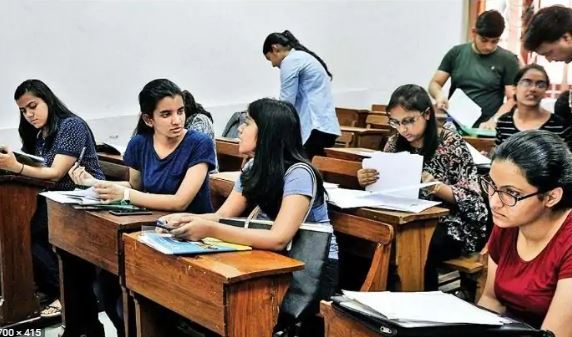 Final-year examinations in universities will have to be conducted by September-end, the HRD Ministry announced on Monday, deferring the schedule from July in view of a spike in COVID-19 cases.

However, students unable to appear in final-year exams in September will get another chance and universities will conduct special exams “as and when feasible”, according to a revised guidelines issued by the University Grants Commission (UGC).

The HRD ministry’s decision came hours after the Union Ministry of Home Affairs (MHA) issued an order allowing the universities and institutions of higher education to hold final-term examination as per the COVID-19 guidelines of the Ministry of Health and Family Welfare.

The announcement has put to rest speculations that the exams for final-year students may be cancelled in view of the COVID-19 situation.

In an official release earlier, the MHA said this ministry “in a letter written to Union Higher Education Secretary today permitted conduct of examinations by universities and Institutions”.

It further said, “The final term examination are to be compulsorily conducted as per the UGC guidelines on examination and academic calendar for universities and as per the Standard Operative Procedure (SOP) approved by the Union Ministry of Health and Family Welfare.”

States like Rajasthan, Maharashtra, Punjab, Haryana, Odisha and Madhya Pradesh have already announced the cancellation of exams in colleges and universities in the view of COVID-19 pandemic.

It may be recalled that in April, the UGC had asked the universities to conduct the final exams in July. The guidelines had also said the students of intermediate semesters should be promoted on the basis of their internal assessment and performance in the previous semester exam.

“The final year examinations will be conducted by the universities or institutions by the end of September in offline, online or blended mode. The students having backlog will compulsorily be evaluated by conducting examinations in offline (pen and paper) online blended (online and offline) mode as per feasibility and suitability,” according to the UGC guidelines.

Union HRD Minsiter Ramesh Pokhriyal ‘Nishank’ tweeted, “The UGC has revisited its earlier guidelines related to university examinations.” The minister said it has been formulated “in view of the safety, career progression and placements of the students and their larger interests, after consulting” the home ministry and the health ministry.

“It is important to safeguard the principles of health, safety, fair and equal opportunity for students. At the same time, it is very crucial to ensure academic credibility, career opportunities and future progress of students globally.

“Academic evaluation of students is very important milestone in any education system. The performance in examinations gives confidence and satisfaction to the students and is a reflection of competence, performance and credibility that is necessary for global acceptability,” the guidelines stated.