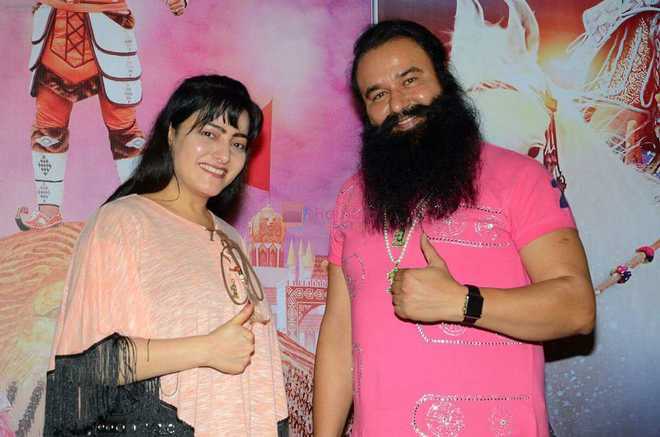 Chandigarh, September 1: The Haryana Police on Friday issued a lookout notice for Dera chief’s adopted daughter Honeypreet Insan, who has gone into hiding.  Honeypreet has been accused of hatching the “escape plan” of Ram Rahim after his conviction.Honeypreet, in her thirties, accompanied Ram Rahim Singh when he was brought to the special CBI court in Panchkula for the pronouncement of the verdict in the 15-year-old rape case on last Friday.

Honeypreet was last seen with Dera chief outside the court and in a chopper, arranged to take Ram Rahim to Rohtak jail.   She had appealed to the court that she may be given permission to stay in the lock up with Dera chief as a helper, which was turned down.Considered a confidant of the Dera chief, she has also emerged as his likely successor to head the controversial sect.On her Twitter and Facebook accounts, she mentions herself as “PAPA’s ANGEL, Philanthropist, Director, Editor, Actress!! Passionate to transform my Rockstar Papa’s directions into actions!”She has over one million followers on Twitter and more than five lakh on Facebook.

Share
Facebook
WhatsApp
Print
Previous article
Kapil Sharma confirms show off air: Can’t ignore my health, will come back with full force
Next article
After Punjab 1984, here’s something we are looking forward to from Diljit Dosanjh!