New Delhi, August 10: The Ministry of Home Affairs on Saturday issued a statement rubbishing as “fabricated and incorrect” reports suggesting that over 10,000 people participated in a protest in Srinagar over abrogation of Article 370 and reorganisation of Jammu and Kashmir. 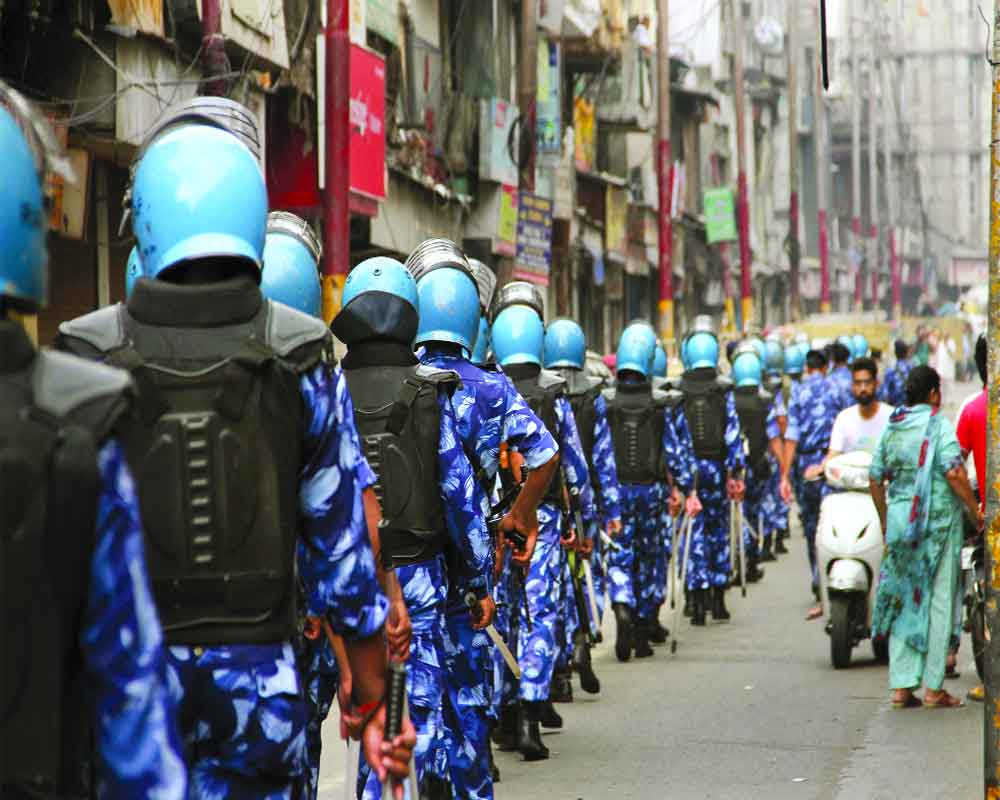 According to the Home Ministry, there have only been a few stray protests across the state.

“There are media reports claiming there was a protest involving 10,000 people in Srinagar. This is completely fabricated and incorrect. There have been a few stray protests in Srinagar/Baramulla and none involved a crowd of more than 20 people,” read the statement released by the MHA.

Governor Satya Pal Malik has also confirmed that the situation in Jammu and Kashmir is peaceful and gradually coming back to normalcy.

Malik also lauded Prime Minister Narendra Modi for his address to the nation after Article 370 was scrapped, saying, “Prime Minister Modi’s speech has had a calming effect. The situation is peaceful.”

The Governor also assured that relaxations would be given before and on Eid, adding that the festival would be celebrated in a proper manner. He took note of various animal mandis allowed at different places by the administration for buying and selling of animals on the occasion of Eid.

A total of 1,600 employees are on duty to ensure essential services like power supply, water and sanitation. Another 10,000 people in Kashmir are reporting for their duties. According to Malik, ATMs of most of the banks are operational. An advance salary for August of daily wage workers has also been released.

After the historic move by the Centre to reorganise the state, the Union Territory of Jammu and Kashmir will have a Lieutenant Governor and its Assembly will consist of 107 seats, which will increase to 114 after delimitation of constituencies. The Union Territory of Ladakh will not have a Legislative Assembly.