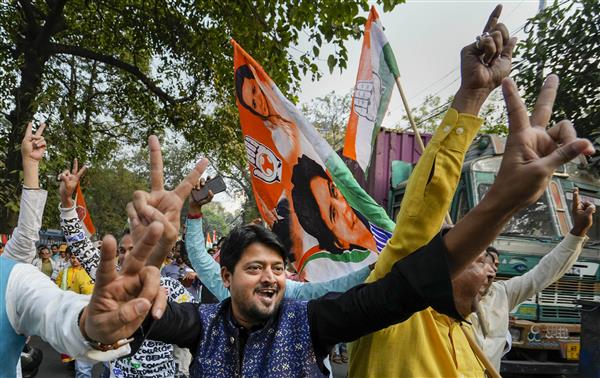 The Gandhis hold the key in the vexed issue of Himachal Pradesh chief ministership with state leaders privately saying that the final call would be that of the family.

With AICC general secretary Uttar Pradesh Priyanka Vadra campaigning aggressively in the state, her input would also matter once a final decision is taken.

“Congress President is holding a road show in Gulbarga. He has several meetings lined up in Karnataka Congress. He will return to Delhi only tomorrow. That is when the AICC observers for Himachal will meet him,” sources in Kharge’s office told

Once the report of the inputs of 40 elected Congress MLAs is received, Kharge, who has routinely stressed he would work under the guidance of predecessor Sonia Gandhi, is expected to consult her on the CM issue.

Following convention, central observers met all MLAs individually to get their views, the same practice they followed in removing Amarinder Singh as Punjab CM and installing Charanjit Singh Channi.

Former Punjab Congress chief Sunil Jakhar has challenged the process saying he had received the maximum support from MLAs and yet Channi was installed.

The suspicions regarding views of MLAs prevailing in Himachal therefore remain real, with most leaders privately acknowledging that it is the high command that eventually prevails.

“Individual engagement of MLAs is a procedure that does not allow anyone to know for real how many MLAs spoke in favour of whom. This leaves scope for other factors to play,” a Congress leader said.

He cited the recent defiance of MLAs in Rajasthan who refused to meet with AICC observers Kharge and Ajay Maken when the two had gone with the mandate to replace CM Ashok Gehlot.

MLAs, however, never showed up for the official CLP meet, with Gehlot managing to save his chair.

Even in Rajasthan, the Congress plan was to have observers speak to MLAs privately and then pass a one line resolution allowing then party chief Sonia Gandhi to name Gehlot’s replacement.