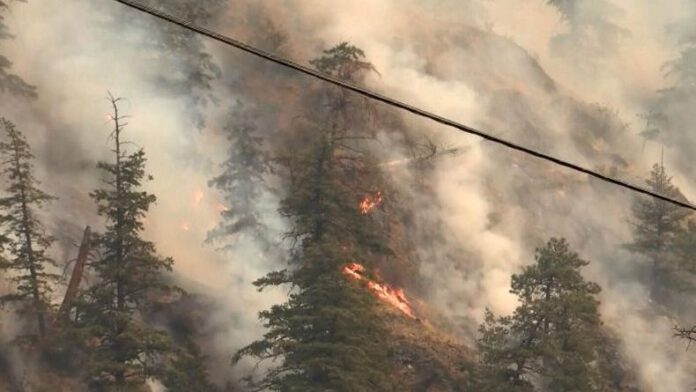 Vancouver, August 6: A dangerous wildfire that has forced hundreds of people from their homes has grown again.

The Keremeos Creek wildfire is now more than 5,900 hectares in size.

Highway 3A is still partially closed. 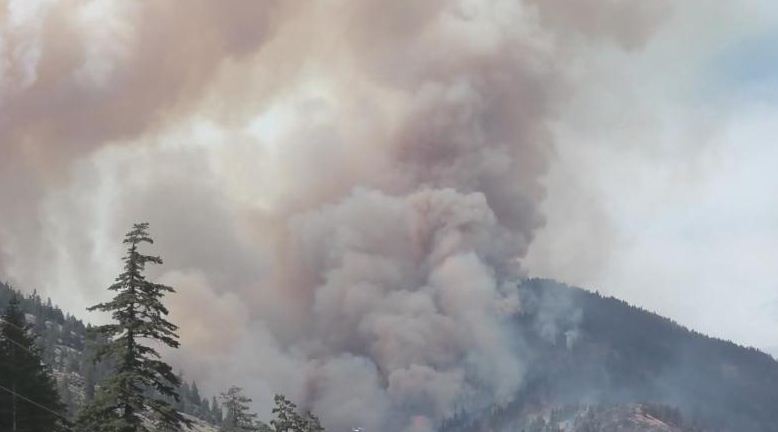 Evacuees have continues to return to the blockade, including Martine Blais.

“We’re born and raised in the Okanagan. Fire season isn’t anything new to us, but you have a whole new level of respect for the firefighters and everyone who’s trying save our homes,” she said as she fought back tears. “It definitely hits closer to home when it’s you.”

Bill Oliver was also among the evacuees who showed up at the road block on Highway 3A hoping to get an idea of what the fire is doing.

“When you get kicked our of your house, it’s a little disturbing. You can’t figure out what’s going on,” he said.

The B.C. Wildfire service says an inversion has been in place over the Keremeos Creek wildfire and it’s adding to the heavy smoke in the Olalla and Marsel Creek areas. The smoke has also meant choppers can’t work on the fire in some areas.

Meanwhile, people on evacuation alert are being told to be prepared.

“Anyone whose property is on evacuation alert, anyone near this wildfire, the Keremeos Creek wildfire should take steps to be prepared in case an alert turns into an order,” said Erick Thompson, an information officer with Okanagan-Similkameen Regional District emergency operations centre.

On Thursday night, all of Olalla was evacuated. Officials went door-to-door, telling residents to get out and get to safety.

“We’ve been hoping for the best but now it’s like they just gave us our order we have to leave,” said Marty Marchand.