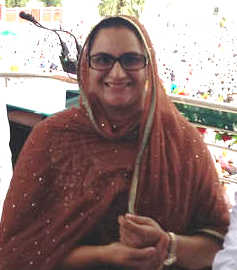 Previously, both departments were held by Dinanagar MLA Aruna Chaudhary, a graduate. Now, the portfolio of education has been split between the two ministers. While Soni, a five-time MLA, is inducted into the Cabinet on Saturday, three-time MLA Razia was previously holding PWD and Social Security.

As the portfolio allocation has created heartburn among those given “light” departments, questions are being raised over the criteria followed.
It is being seen that Chief Minister Capt Amarinder Singh has managed to reward some of his loyalists, while springing a few unhappy surprises for others in the process.

While interacting with the media on the sidelines of swearing–in ceremony on Saturday, the CM had pointed out that suitability of the candidate for the specific job would be taken into consideration.

Senior government functionaries said factors such as seniority and experience had been taken into account while deciding portfolios. “While Soni has a long political career, Razia has worked as Minister of State for over a year,” said a top official.

Those getting “insignificant” portfolios lament that only a few have been loaded with best assignments, leaving others high and dry. Interestingly in the allocation of portfolios, leaders from Majha Tript Rajinder Bajwa, Sukhbinder Singh Sarkaria, Sukhjinder Randhawa and Malwa leader Gurpreet Kangar, all members of “Majha brigade” that stood behind Capt Amarinder when Partap Singh Bajwa was appointed the PPCC chief, were given prominence.