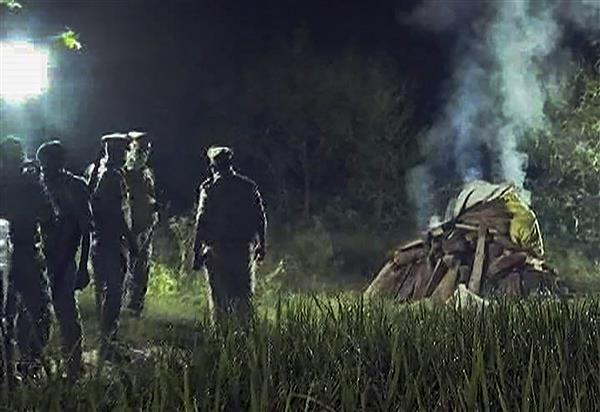 The Allahabad High Court has observed that the late-night cremation of the Hathras woman who died after alleged gang-raped was a violation of human rights for which the responsibility should be fixed.

The Lucknow bench of the high court also directed the state government to lay down modalities for cremation in Hathras-like situations.

Considering the sensitivity of the issue, the court directed Uttar Pradesh officials, political parties and all others to avoid making any statement in public on it.

A division bench of Justice Pankaj Mithal and Justice Rajan Roy also expected the electronic and print media to observe restraint while reporting and discussing the matter.

The order was issued Tuesday, a day after it was reserved when the bench heard the victim’s family and government officials.

It said the cremation in the middle of the night without following rituals violated the victim’s human rights as well as those of her family and relatives.

The 19-year-old Dalit woman died at a Delhi hospital a fortnight after her alleged rape by four men from her village in Hathras district on September 14.

She was cremated in the middle of the night in her village. Family members claimed that the cremation, which took place well past midnight, was without their consent and they were not allowed to bring home the body one last time.

The hurried cremation fuelled outrage over the incident and the high court took suo motu cognizance of it.